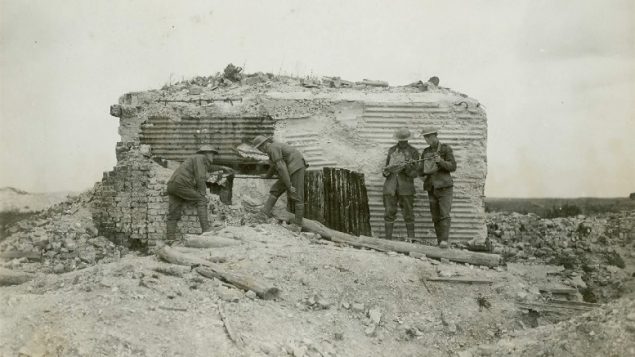 It’s just a tiny bit of low-quality bronze, almost worthless, but what it represents makes it almost priceless.

It is the Victoria Cross, the Commonwealth’s highest honour for valour in battle and probably the most widely known and respected medal for bravery in the world. Because of its stature, it has been awarded only in those cases of extreme courage and sacrifice, and so for collectors of medals it is highly sought after,  As such, on those rare occasions when one comes up for sale. it can also fetch extremely high prices in the several hundred thousands of dollars or more on the open market.

Recently The Victoria Cross awarded to then Sgt-Maj Robert Hill Hanna of the Canadian Expeditionary Force was put on the auction market. The medal was awarded for his actions at Hill 70 in 197

There was a strong chance the medal would be sold to a collector outside of Canada, but the Hill 70 Memorial Project through a generous donor have assured the medal will now stay in Canada.

Mark Hutchings is the chairman of the Hill 70  Memorial Project, an all volunteer, non-profit organisation. 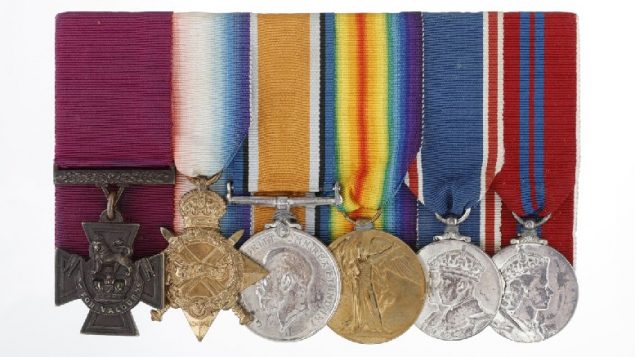 Hanna’s medal group, now in the Canadian War Museum collection for all Canadians. The Victoria Cross (left) is one of the world’s most recognised medals, and the highest honour for valour in the Commonwealth,(Canadian War Museum)

Hanna with the 29th Battalion Canadian Expeditionary Force (CEF) was awarded that highest honour for actions when the Canadians took the heavily fortified Hill 70, near Lens France in a ten-day battle in August, 1917.

The acquisition of this Victoria Cross medal was made possible through a generous donation by Cyril Woods, an Irish-born Canadian philanthropist who in his career in Canada, made millions in the development of automotive paints and undercoating. 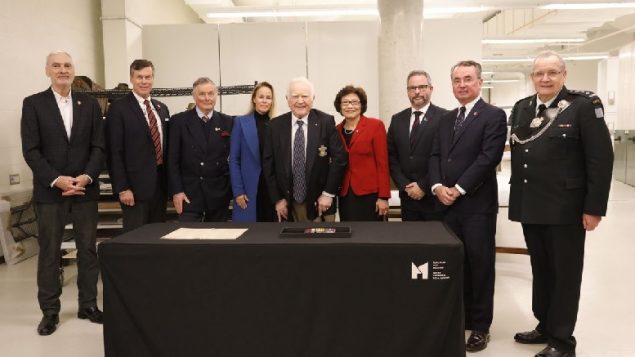 He is one of the founding members of the all-volunteer Hill 70 Memorial Project to which he also had previously donated funds. When the medal came up for auction, the war museum approached the privately-funded project for funds. With an arrangement to set up a Hill 70 display at the museum, the donation enabled the valuable piece of Canadian history to remain in Canada. 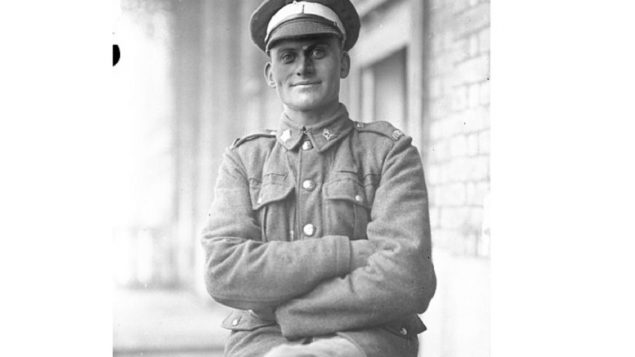 Company Sergeant-Major in the Canadian Expeditionary Force at the time of his heroic action, Robert Hill Hanna, was later promoted to Lieutenant , (wikipedia)

It is not been revealed how much was paid for the medal, but the CWM acquired another Canadian Victoria Cross in December 2017 for $420,000.  That medal had been awarded to Cpl Colin Barron for his courage at the Battle of Passchendaele on November 6, 1917 after he rushed and captured three German machine guns.

At Hill 70 near Lens, France, the first all-Canadian victory, Hanna took charge and inspired the remaining company after all the officers had been killed in three failed assaults on a machine gun post which had been causing terrible losses to the Canadians.

“For most conspicuous bravery in attack, when his company met with most severe enemy resistance and all the company officers became casualties. A strong point, heavily protected by wire and held by a machine gun, had beaten off three assaults of the company with heavy casualties. This Warrant Officer under heavy machine gun and rifle fire, coolly collected a party of men, and leading them against this strong point, rushed through the wire and killed four of the enemy, capturing the position and silencing the machine gun. This most courageous action, displayed courage and personal bravery of the highest order at this most critical moment of the attack, was responsible for the capture of a most important tactical point, and but for his daring action and determined handling of a desperate situation the attack would not have succeeded.

C.S./M. Hanna’s outstanding gallantry, personal courage and determined leading of his company is deserving of the highest possible reward.”   (London Gazette, no.30372, 8 November 1917)

Robert Hanna was later promoted to Lieutenant, and survived the war.  He died in 1967 near Abbotsford, British Columbia.

The Canadian War Museum now has four of the six Victoria Crosses awarded to Canadians for their actions at Hill 70, August 15-25, 1917.