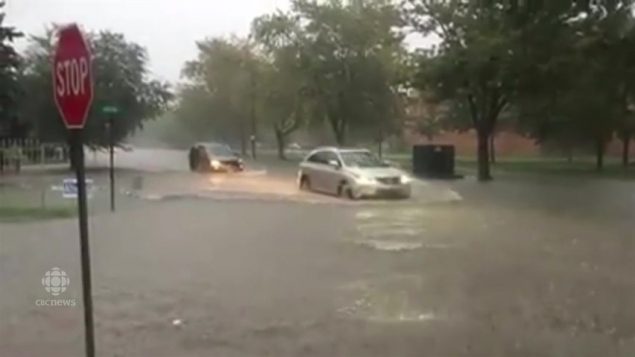 Another record flood in southern Ontario, in Windsor Tecumsah September 30 2016 ;"The Windsor Airport picked up 63.4 mm yesterday. That beat the record for that date in history, which was formerly 36.8 mm set back in 1973. - Environment Canada meterologist Geoff Coulson (photo CBC)

The World Meterological Organisation’s latest bulletin  on greenhouse gasses shows a new record has been reached.

The global average of CO2 is now 405.5 parts per million.

The report notes that figure is now similar to the level of 3.5 million years ago when the Earth was about 2-3 degrees warmer and sea level was anywhere from 10-20 metres higher. 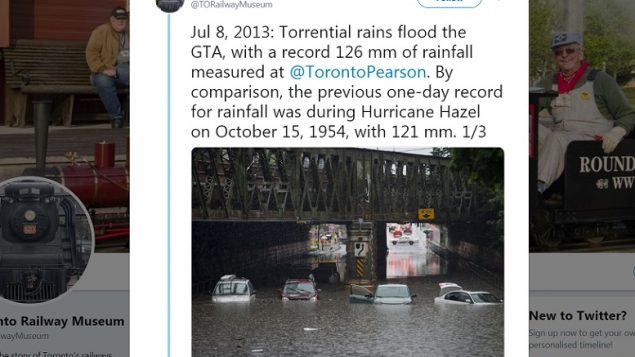 This new levels of CO2, methane and nitrous oxide has resulted in equates to a 41 percent increase in warming effect since 1990.

“The science is clear. Without rapid cuts in CO2 and other greenhouse gases, climate change will have increasingly destructive and irreversible impacts on life on Earth. The window of opportunity for action is almost closed,” said WMO Secretary-General Petteri Taalas. 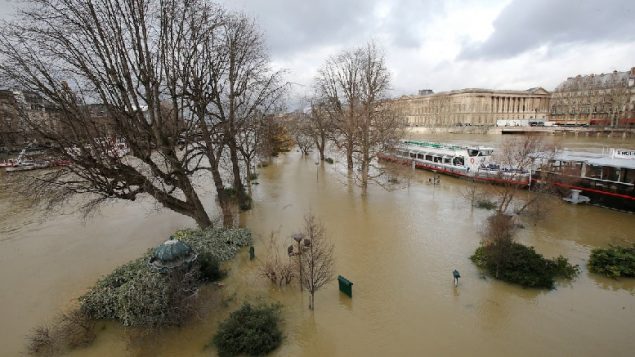 Flood damage is increasing around the world, as is damage from fires, and drought believed to be worsened by a warming planet changing climate.  Here the banks of the Seine are flooded in Paris on Monday, January 29, 2018.( AP Photo/Michel Euler)

The WMO noted that higher greenhouse gas levels are contributing to the warming which is melting the polar ice caps while on Wednesday Bank of England governor Mark Carney said. “ Last year set a record for weather-related insurance losses at around $140bn.1 Losses in 2018 may again be among the worst in history. This is an extension of a worrying pattern that has seen the number of extreme weather events more than triple and inflation-adjusted insured losses rise five-fold in the past three decades.

The climate will again be the topic at a major international gathering in Kotowice Poland in December, the 24th Conference of the Parties to the United Nations Framework Convention on Climate Change, COP24