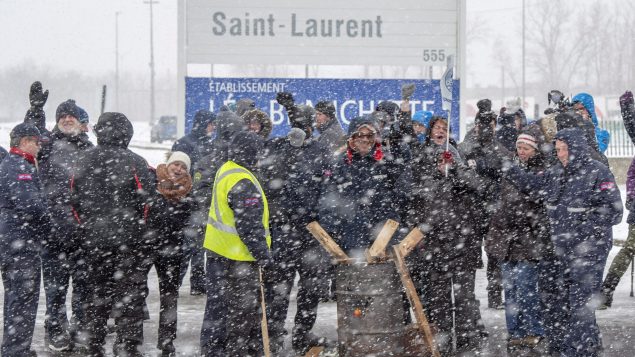 Canada Post workers spend the last hours on the picket line before returning to work after the government ordered them to end their rotating strike Tuesday, November 27, 2018 in Montreal. (Ryan Remiorz/THE CANADIAN PRESS)

Canadian postal workers will be forced to resume mail and parcel delivery services at noon Tuesday after the Senate passed legislation ordering an end to five weeks of rotating strikes by Canada Post employees.

With Canada’s busiest shopping season ahead of Christmas holidays threatened by mail disruptions due to the rotating postal strike by thousands of unionized workers, the Liberal government of Prime Minister Justin Trudeau rushed the bill through the House of Commons last week.

The Canadian Union of Postal Workers issued a statement Tuesday declaring that it is “exploring all options to fight the back-to-work legislation.”

“After 37 days of rotating strikes, unconstitutional legislation has removed the right to strike for postal workers,” said CUPW national president Mike Palecek. “Legal strike action ends at noon today, but the struggle is not over. You cannot legislate labour peace.”

A campaign of civil disobedience 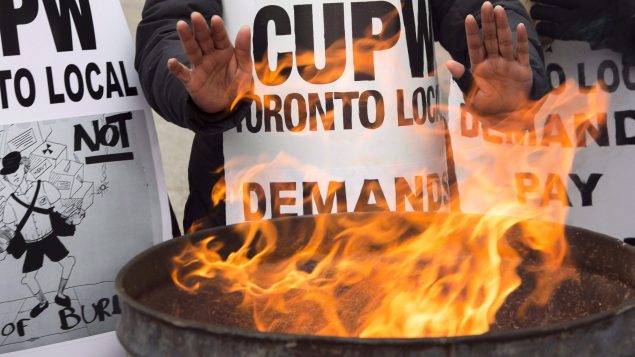 In the coming days, the trade union will be calling on its allies and membership for a campaign of mobilizations, demonstrations and non-violent civil disobedience, Palecek said.

“All options remain on the table to achieve negotiated collective agreements that address health and safety, equitable treatment, fair wages and working conditions, and the democratic right to free collective bargaining,” he said.

Postal workers have been without a contract for a year.

Negotiations between the management of the Crown corporation and the union have been underway for nearly a year, but the dispute escalated more recently when CUPW members launched rotating strikes Oct. 22.

Those walkouts have led to backlogs of mail and parcel deliveries at Canada Post’s main sorting plants in Vancouver, Toronto and Montreal.