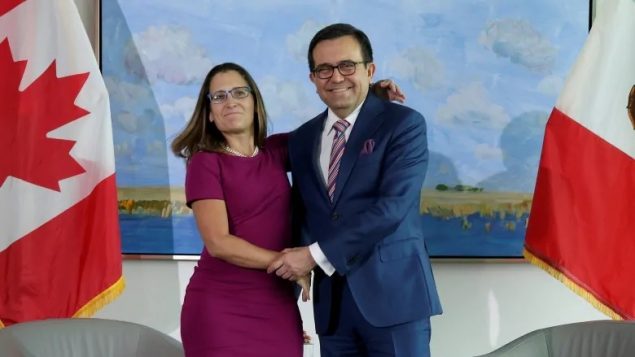 Foreign Affairs Minister Chrystia Freeland with Mexican Secretary of Economy Ildefonso Guajardo before an earlier round of NAFTA talks. If all goes well, the updated pact, known as the U.S.-Mexico-Canada Agreement, will be signed Friday in Buenos Aires. (Joshua Roberts/Reuters)

Since Friday’s signing is strictly ceremonial because all three countries must still ratify the pact, it remains unclear who will be putting their pen to the agreement: the heads of state or cabinet level officials. 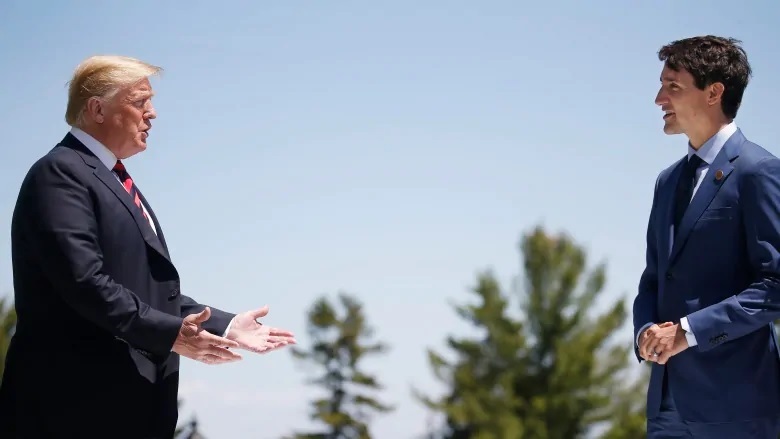 U.S. President Donald Trump and Prime Minister Justin Trudeau, seen here at the G7 leaders summit last June, will both be at the G20 summit in Argentina this weekend. (Joshua Roberts/Reuters)

Prime Minister Justin Trudeau, U.S. President Donald Trump and outgoing Mexican President Enrique Pena Nieto are all in Buenos Aires, but none has given any indication that he will the one actually signing.

While the U.S. and Mexico have already said they are ready to sign, Canada has moved more slowly.

Freeland was asked about the delay in Buenos Aires Thursday morning.

Minister of Foreign Affairs Chrystia Freeland speaks to media on the roof of the Panamericano Hotel in Buenos Aires, Argentina on Thursday, THE CANADIAN PRESS/Sean Kilpatrick

When the new deal is ratified, it will update the 1994 agreement involving trade worth more than $1 trillion annually.

It follows a year of intense negotiations during which Trump threatened to scuttle any new agreement.