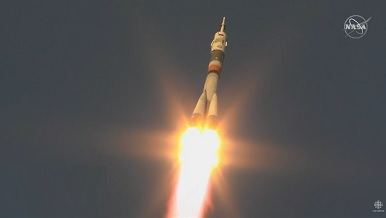 The Canadian astronaut along with an American and Russian, blasted off without incident earlier today aboard the Soyuz spacecraft heading for the International Space Station and a 6-month mission. (NASA via CBC)

A Canadian is now orbiting Earth, along with a Russian and American, heading towards the international space station. 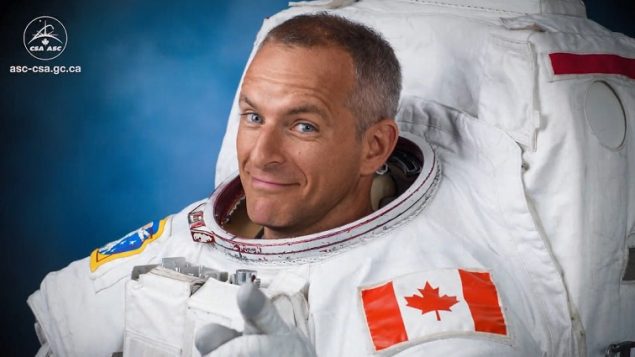 David Saint-Jacques, a 48-year-old doctor and astro-physicist, blasted off aboard a Soyuz spacecraft with the two others in a trouble-free lift off this morning. They’re heading toward a six-month mission in space and will link up with the ISS in a few hours. 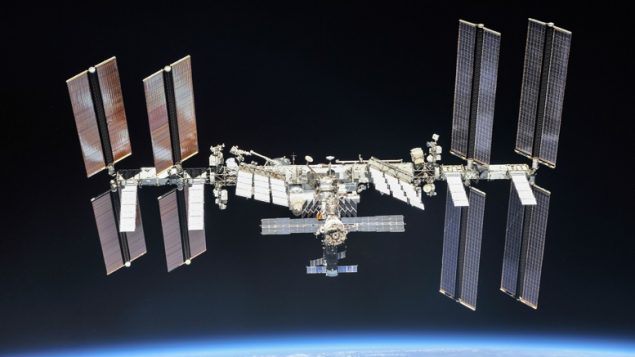 The astronauts/cosmonauts in their Soyuz capsule will link up with the ISS shown, within hours. (NASA)

Saint-Jacques, will be the first Canadian in space since 2013. His job is to conduct a series of scientific experiments, some of which will focus on physical effects of long exposure to weak gravity.

He will also operate the Canadarm-2 and test other new technologies.