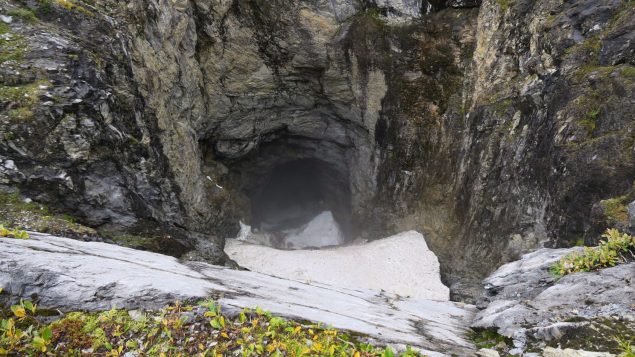 The newly discovered cave in a remote part of British Columbia might prove to be the largest in Canada. (Catherine Hickson/B.C. Ministry of Environment and Climate Change/handout photo/The Canadian Press)

A huge cave gouged by melting snow and glaciers may be the biggest in Canada. The formation was spotted in April 2018 during helicopter passes to count caribou in Wells Gray Provincial Park in the western province of British Columbia.

The entrance is about 100 meters long and 60 metres wide and the line of sight almost straight downward is almost 183 meters. That makes it about the size of a soccer field. 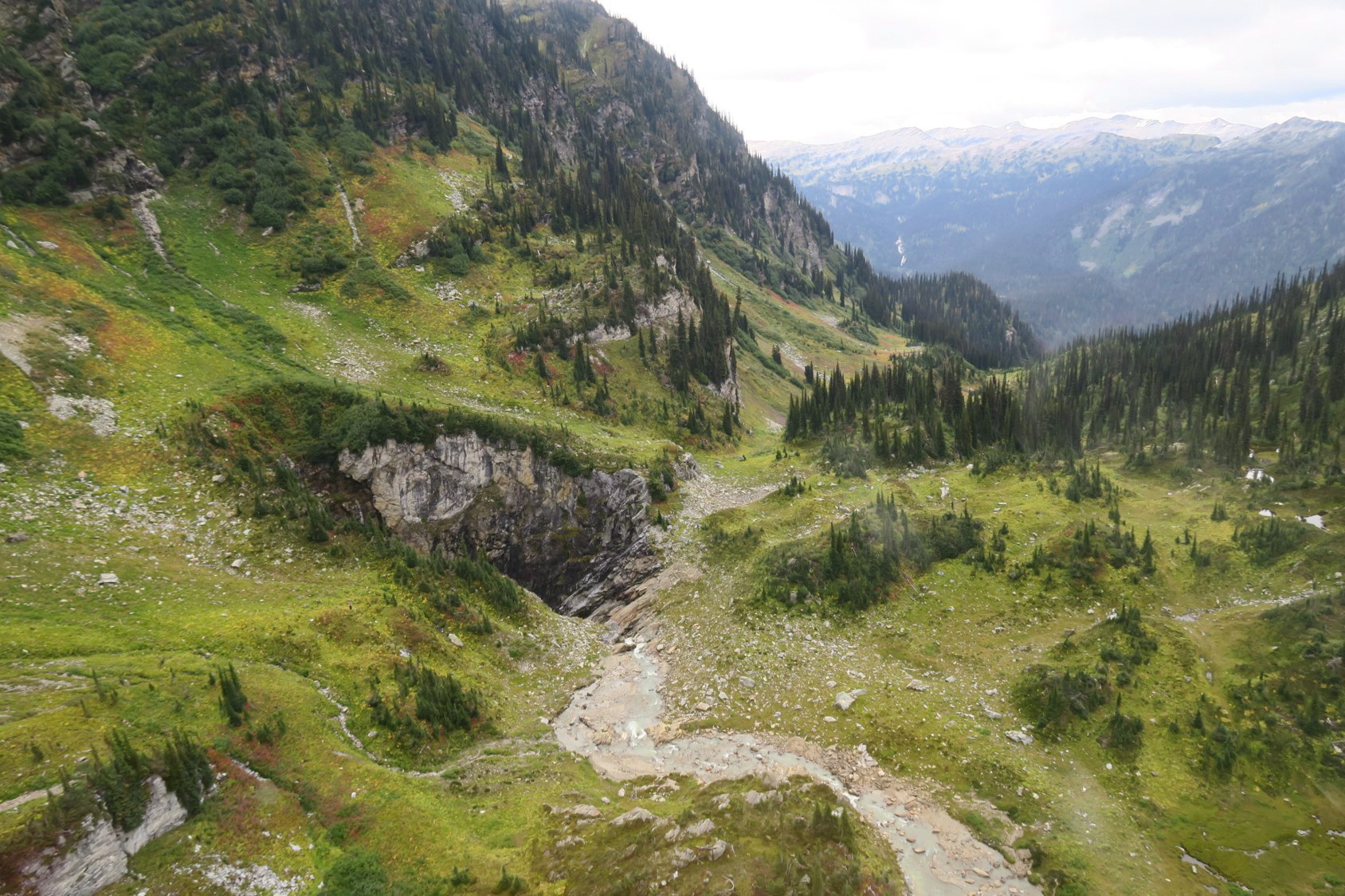 The cave may have been revealed because of the recession of glaciers caused by climate change, says one geologist. (Catherine Hickson/B.C. Ministry of Environment and Climate Change/handout photo/The Canadian Press)

There was a large volume of water flowing into the cave and it will be difficult to explore.  One explorer believes the water forms an underground river that emerges more than two kilometres away and about 500 metres lower. If there is funding, exploration is expected to start in 2020.

The exact location of the cave is being kept secret in order to preserve the area.

Canadian Geographic reports the first people to spot the cave temporarily named it the “Sarlaac Pit,” a reference to a creature that lived underground in the Star Wars film Return of the Jedi. The province’s parks department will consult with local Indigenous people to determine whether there is an historical name for the cave.

With files from Canadian Press and Canadian Geographic.