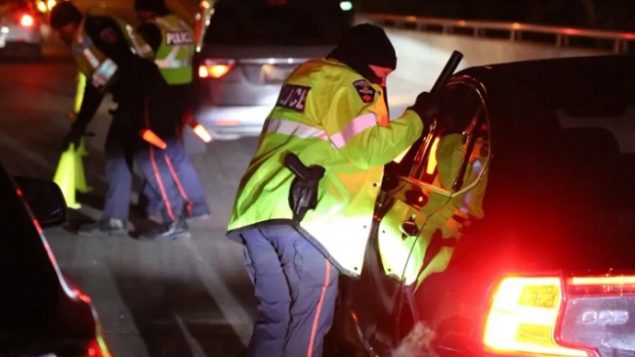 Police in the Durham, Ontario have been making public the names of suspected impaired drivers for ten years. Other police forces are following suit.(Durham Regional Police Service/Twitter)

York Regional Police, serving over a million people north of Toronto, is the latest Ontario police force publishing the names of all people charged with driving impaired by alcohol or drug use.

York Police Chief Eric Joliffe made the announcement after 16 drivers were charged last weekend. So far this year, police have laid more than 1,400 such charges and five people have died in crashes where impaired driving was considered a contributing factor. 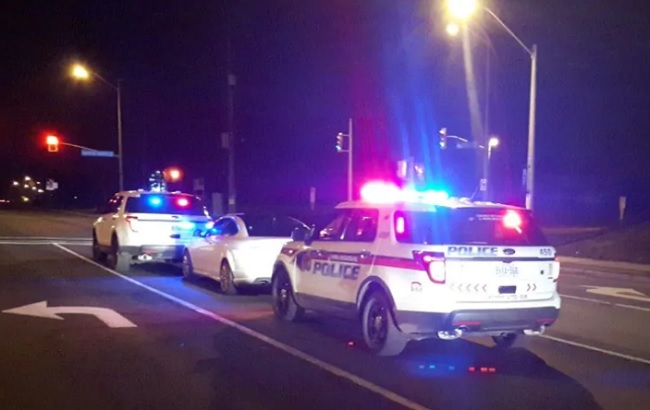 York police boxed in a motorist suspected of impaired driving last week and say the number of such cases is not declining. (Durham Regional Police Service/Twitter)

“Innocent lives are put at risk every day by this irresponsible and criminal behaviour. We are not giving up,” said Joliffe in a news release.

On Nov.30, 2018, nearby South Simcoe police said they too would publish the names of those suspected of impaired driving. Durham police have done so for 10 years and Halton police already publish names twice a week.

In Canada, the recreational use of cannabis was legalized in October. Police forces across the country are grappling with issues of how to test drivers for cannabis use and there is concern they may see increases in the number of drivers they charge with impaired driving.