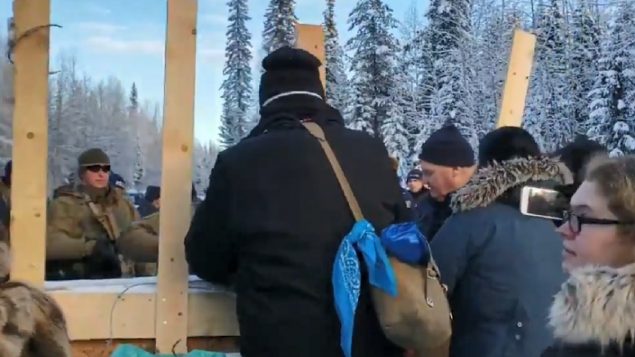 Protesters on one side of the makeshift barricade as a few dozen RCMP officers approach on Monday afternoon. (Chantelle Bellrichard-twitter)

They were enforcing a December court injunction against members of the Wet’suwet’en who are protesting a proposed 700 kilometre gas pipeline which would pass through their territory and who have been blocking access to a logging road contractors need to prepare construction of the line. 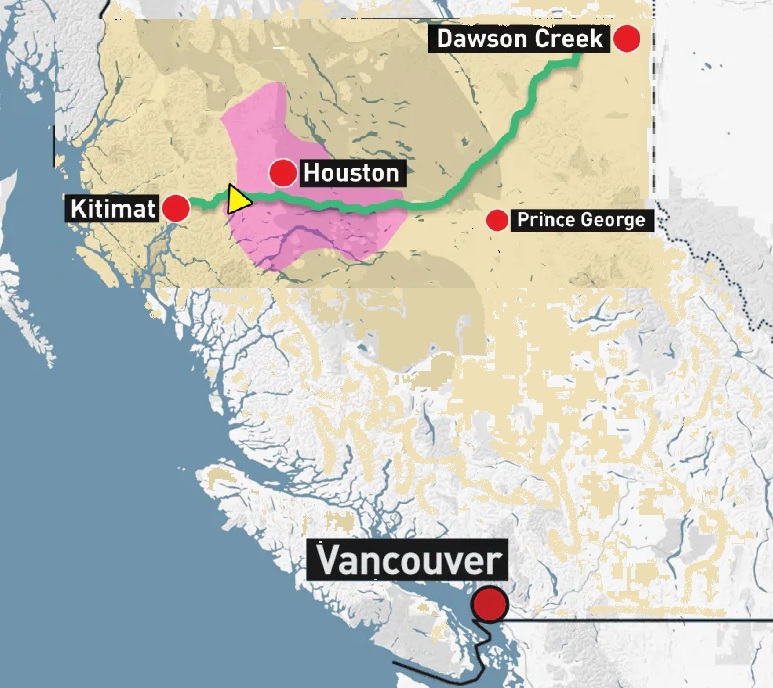 Division in the First Nations band

The company says it has approval from all First Nations along the route, but while the Wet’suwet’en elected band council approved, the hereditary chiefs said they were not consulted and have not approved the line. Their disapproval has led to the protest blockade of hereditary chief supporters. 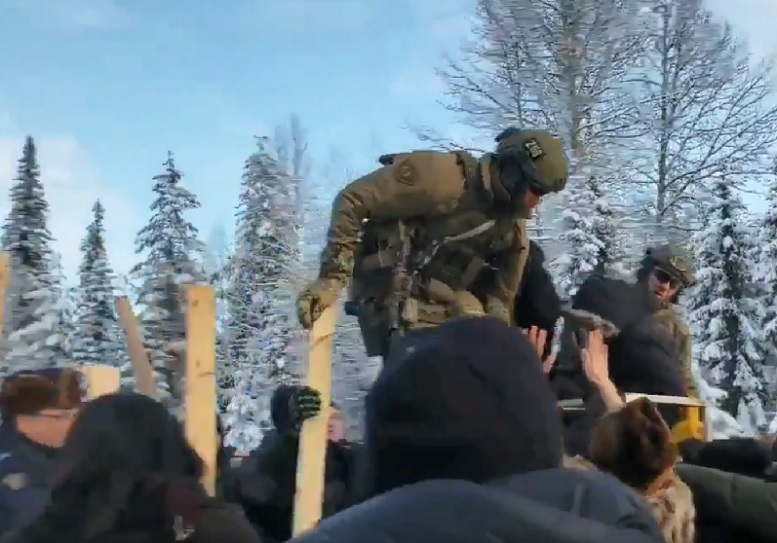 Some of the police were dressed in tactical gear with rifles. (Chantelle Bellrichard-twitter)

The $6.2 billion line would carry fracked natural gas from northeastern B.C, to a huge multinational liquefied natural gas terminal to be built at Kitimat on the coast.

Police, Coastal GasLink representatives (the pipeline builder) and hereditary elders met at a camp along the road Monday morning, but no progress was made.

In the afternoon, police moved in to dismantle the blockade and made 14 arrests on charges of violating conditions of the interim court injunction which required removal of blockades and no interference with contractor employees or vehicles. 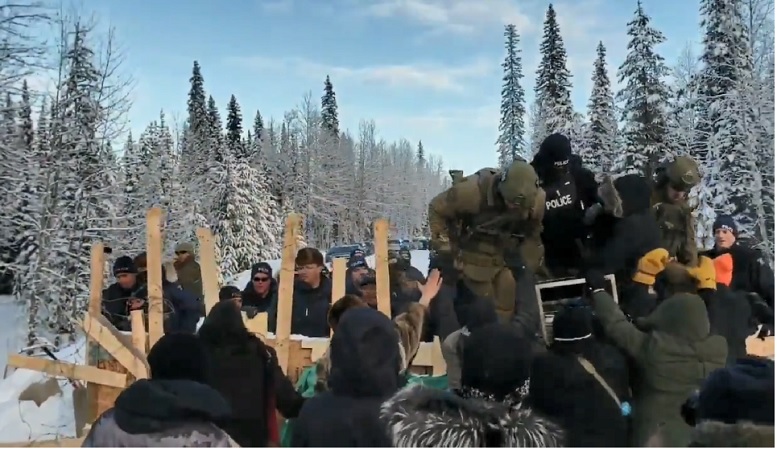 Police dismantled the barricade and made 14 arrests for violation of the court injunction. ( Chantelle Bellrichard-twitter)

Sympathy demonstrations for the Wet’suwet’en have been organised for today in several cities across Canada including one outside the Calgary offices of TransCanada Corporation which is the lead developer of the LNG project.