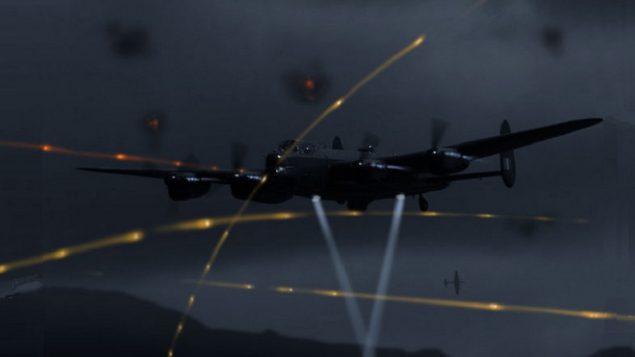 Artist's condeption of the daring and deadly raid. The two lights would meet on the water surface when the bomber descended to the right height, however the lights also made them easy targets in the night (rarc.forces.gc.ca)

The Last Canadian Dambuster passes away

Imagine what you were doing at age 20.  Now imagine you are flying in a large but cramped and cold aluminium tube at over 300km/hour a few metres off the ground where the slightest error means instant death.   Imagine doing it at night and with thousands of bullets and flak shells screaming through the night to destroy you.

Fred Sutherland, age 20, was among 30 Canadians of the 133 aircrew aboard 19 bombers tasked with this astounding and incredibly dangerous secret mission. He was an airgunner who had already flown 25 missions and nearing the 30 mission cap for release when he volunteered for a new secret mission with Squadron 617, which came to be known as the celebrated “dambusters” of 1943. 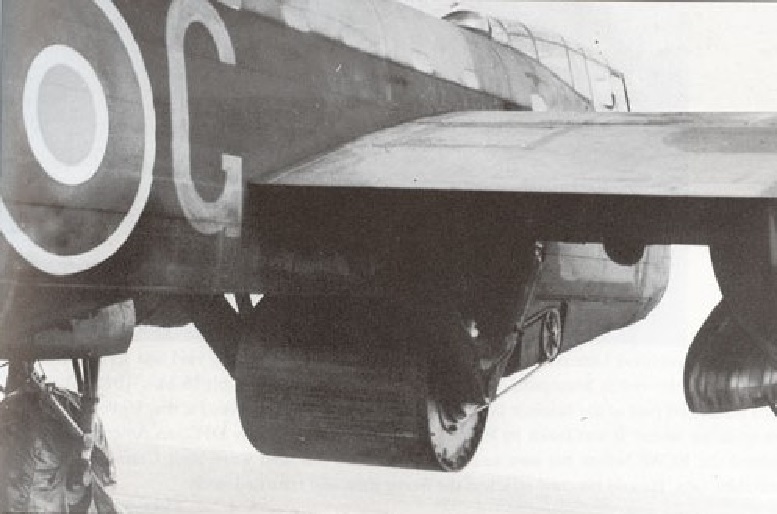 The specially fitted dambuster bombers. Imagine flying so low that a wave ripped the bomb from underneath the plane, with the propellers themselves mere cm from the surface and instant destruction. (bombercommandmuseum)

“The cannon shells started to go through the canopy, the side of the aircraft was pretty well blown out, and there was only one thing to do. That was go lower. We came across (the sea wall) so they were firing slightly down on us.” – F/Sgt. Ken Brown (bombercommandmuseum.ca) 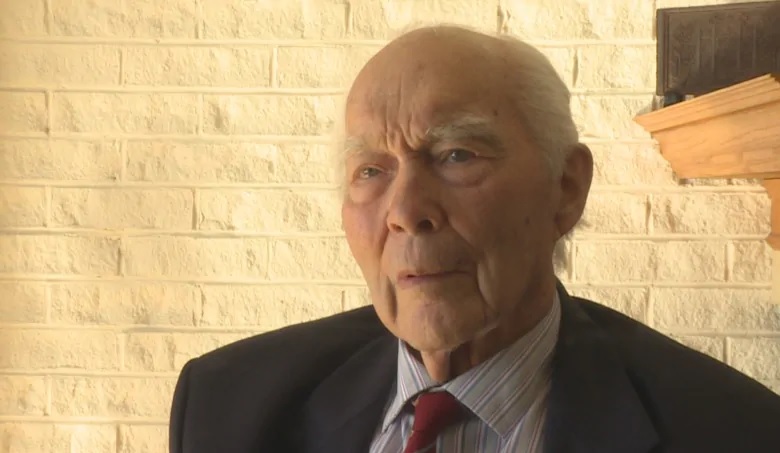 The raid, called “Operation Chastise”, is still recognised as one of the most audacious of the war. The mission was to drop an entirely new weapon, a huge “bouncing bomb” on dams in the Ruhr valley that provided electrical energy to the Nazi war factories. As the dams were protected by torpedo nets, and the chance of standard high level bombing hitting the dams deep in Germany were nil, another way was needed.

That was the bouncing bomb. Planes would carry the bomb at a very low and specific height at a specific airspeed, and drop them at a specific distance from the dam, all while being shot at. The bomb having been spun backward by a motor would skip across the surface over the nets, hit the dam wall and the spinning would keep it against the wall as it sank to a specific depth where it was set to explode.

In destroying the dams, this would theoretically cripple the enemy war machine production and supply system for some time. 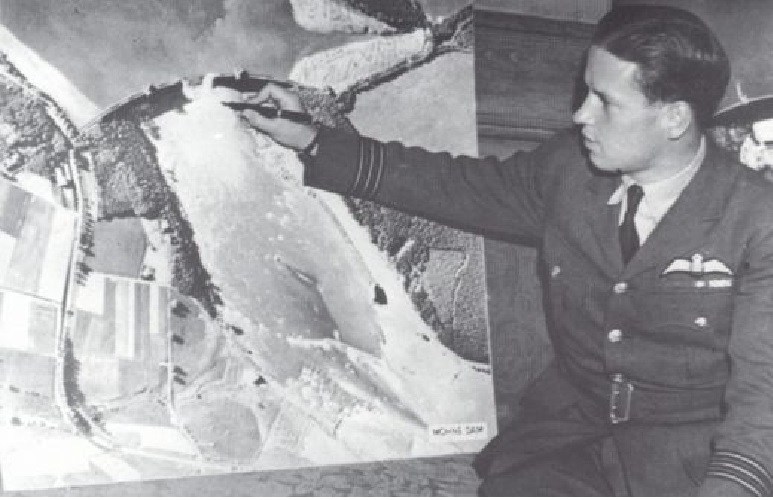 Then a mere 24 years old, Wing Cdr Guy Gibson toured Canada and the US after the raid, here showing the damage at one of the dams. He was killed in crash in 1944. (bombercommandmuseum.ca)

The training itself was unbelievably dangerous, flying the large four-engine Lancaster bombers at tree top level over rolling countryside, first by daylight and then learning to do it at night.

During the actual mission, one plane was flying so low over the channel, the bomb slung beneath it was ripped off. Other planes flew into unseen power lines and crashed, one was so low it flew beneath power lines.

The raid successfully breached two of the three targets, and damaged the third in the incredible raid which has been celebrated in books and movies.

Only 77 of the 133 returned from this epic mission which has been the subject of books and movies, 14 Canadians perished, one became a prisoner.

Sutherland’s death leaves only one member of the squadron still alive, Johnny Johnson of Britain.