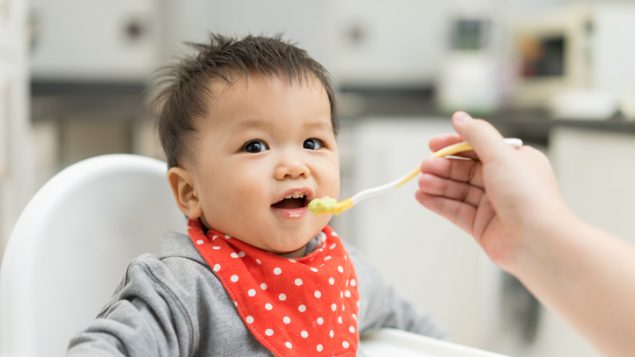 Parents are advised to feed high risk infants one common allergenic food at a time at around six months of age and if there is no reaction to continue offering a few times a week. (iStock)

In a change from past practice, Canadian pediatricians are advising parents of infants at risk for allergies to feed them one common allergen at a time starting at the age of six months. Research suggests this might prevent some infants from developing allergies to certain foods.

It’s estimated that between two and 10 per cent of Canadians have food allergies and some are so severe as to be life threatening. While any food can cause a reaction, the most common allergens are cow’s milk, egg, peanut, tree nuts, fish, shellfish, wheat and soy.

Preventing a food allergy ‘would be great,’ says advocate 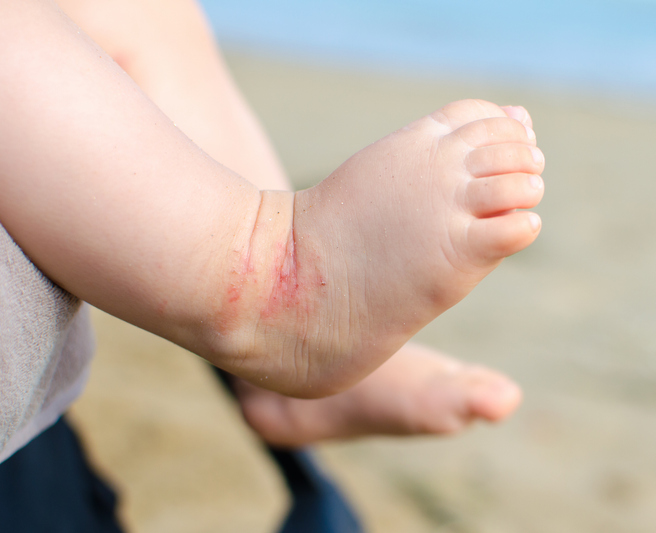 Infants who have eczema or allergic symptoms are considered to be at risk of developing food allergies. (iStock)

Babies are considered at high risk of developing food allergies if they have a history of eczema, allergic rhinitis or asthma or they have a parent or sibling with one of these allergic conditions.

The Canadian Paediatric Society advises that these infants be fed allergens at six months of age, or as early as four months in cases where they seem ready for solid foods sooner. Parents should watch carefully for a reaction such as hives, a rash, or asthma. If there is none they should give the babies the food at least three times a week to maintain tolerance. If there is a reaction, the food must be stopped and a doctor consulted.

Gerdt says it is important for the public health care system to adopt standardized guidelines that can be transmitted to health care providers and to parents in an effort to prevent food allergies from developing. She says this should be a health care priority in Canada.

Jennifer Gerdts herself has twin teenagers who have multiple food allergies. She says any parent would welcome a chance to prevent food allergies from developing. “It’s not a condition you would wish on anyone. There is a burden on your quality of life given the ubiquity of food and the fact that my sons eat five times a day. So they have to think about this every time they eat.”