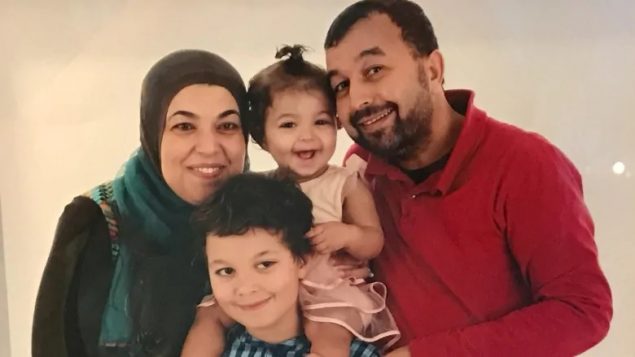 Aboubaker Thabti, seen here with his wife, Khadija, and their two children, Meriem and Mohamed, was one of the six men killed in the mosque. The family will receive compensation from the province for the trauma they have endured since the night of the shooting. (Submitted by the Thabti family)

As people in Quebec City prepare to mark Tuesday’s second anniversary of the horrific attack on the mosque in Quebec City that left six worshippers dead and 19 others wounded, the wife of one of the victims has finally won a battle for compensation from the province.

Khadija Thabti, whose husband, Aboubaker, was killed in the attack, had been turned down twice by a provincial agency because she had not been at the scene of the crime, a reason her lawyer called “ridiculous and contrary to the law.”

Marc Bellemare says Thabti and her children have finally been recognized as victims of a crime, opening the way for her to be compensated for lost income, travel fees and psychological help. 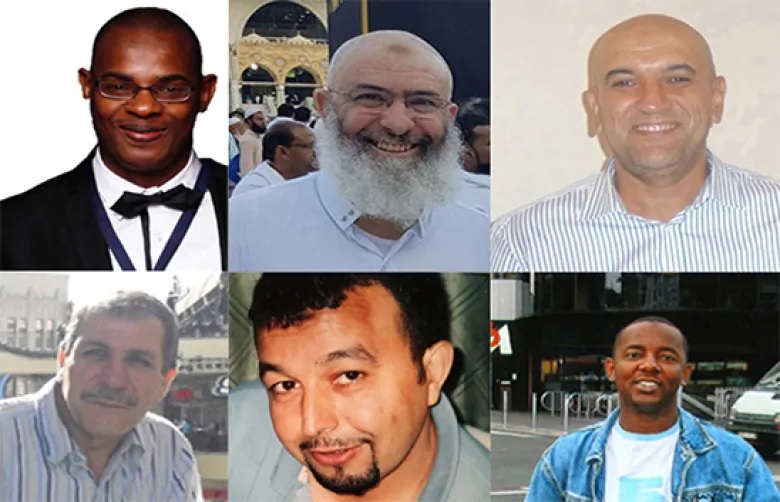 Tuesday marks the second anniversary of the death of these six men who died in the attack on the Quebec City mosque. They are, clockwise from left, Mamadou Tanou Barry, Azzedine Soufiane, Abdelkrim Hassane, Ibrahima Barry, Aboubaker Thabti and Khaled Belkacemi. (CBC)

The recognition comes after Justice Minister Sonia Lebel intervened in the case on Friday.

“The law requires that a person has suffered a mental shock during and indictable offence,” Bellemare told Canadian Press.

“Therefore, the person could have suffered it in arriving at the crime scene, or being confronted with images of horror while worrying that the safety of a loved one is threatened.

“That’s post-traumatic stress: you don’t have to be there when the bullet comes out of a rifle.”

Bellemare, a former provincial justice minister, says there has to be a change in approach by compensation decision makers.

With files from CBC, Global