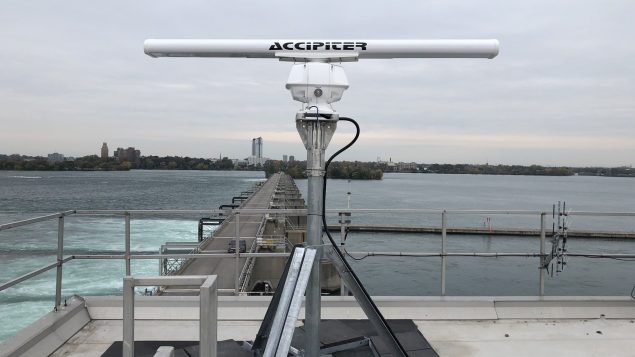 High turbulence and strong currents near the International Control Dam at Niagara Falls can be dangerous. So, a new radar is being used to detect boaters and even small craft like canoes and paddle boards which stray away from safety markers.

The safety system is designed by a Niagara Falls-based company and was launched by Ontario Power Generation and New York Power Authority. 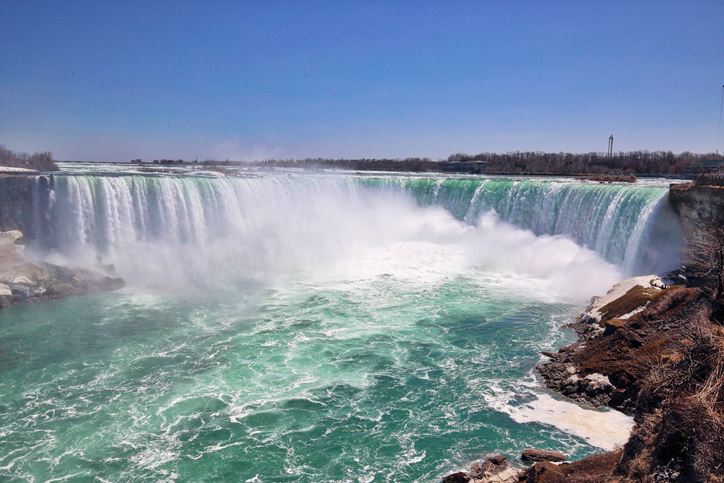 A dam regulates the flow of water over Niagara Falls and to two power generating stations. (iStock)

Water diverted to power stations and over falls

The international Control Dam controls the flow of water over Niagara Falls and diverts a certain amount of it to the power stations in Canada and the U.S. Operation of the dam is jointly funded by the two power authorities.

A good volume of water is allowed to continue down the Niagara River to maintain the falls’ natural beauty and to ensure that a curtain of water flows over them.

More water may be diverted to the power stations when there are fewer tourists on summer nights and in winter. The minimum flow over Canada’s Niagara Falls on a summer day is a minimumof over 2.8 million litres per second.