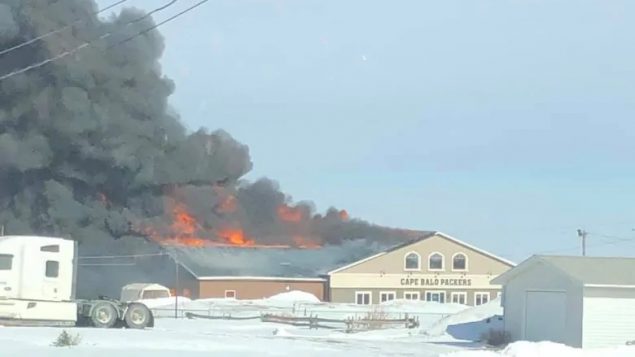 The Acadian fishing village of Cap-Pelé, New Brunswick has long lived on the edge, drawing its economic lifeblood from fish its residents pull from the sea and process for market.

The Cape Bald Packers fish-packing plant burnt to the ground, taking with it 500 jobs. 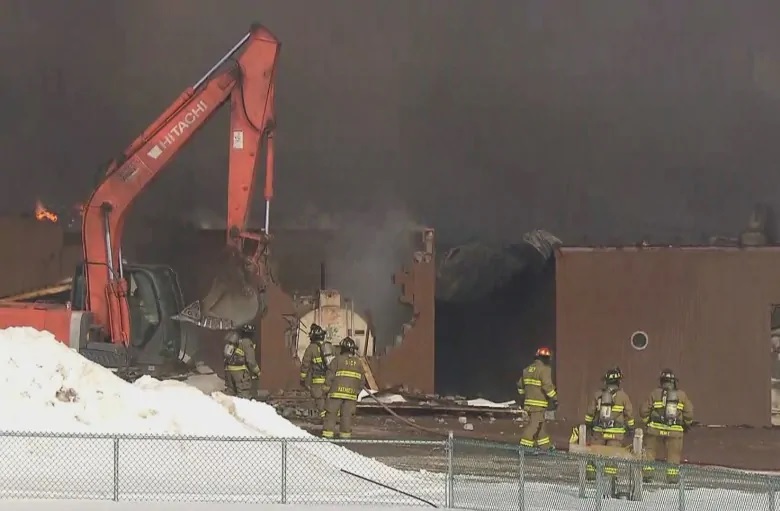 Seven fire departments fought that blaze, which broke out around 10.30.

“We couldn’t control the fire. There was too much flame and too much black smoke.”

Because it was Sunday, no workers–many of whom come from nearby communities–were in the building. 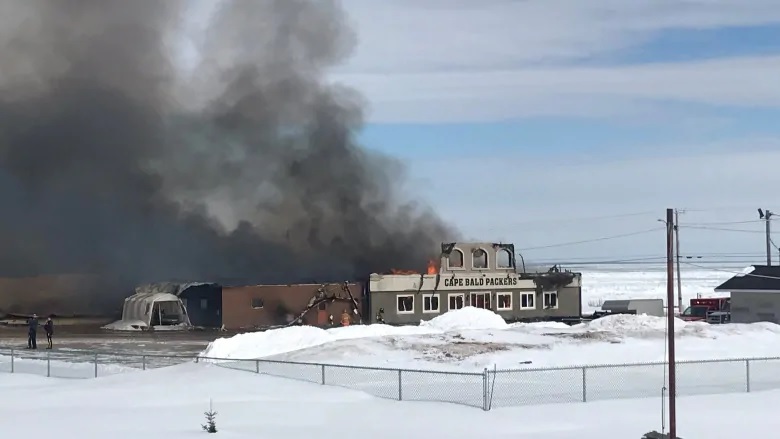 Cap-Pelé Serge Léger: “I looked behind our place and saw the smoke and it broke my heart.” (Gabriel Garon/Radio Canada)

“It’s a vicious fire,” Serge Léger, the mayor of Cap-Pelé, which has a population of about 2,500, told Radio Canada.

“I looked behind our place and saw the smoke and it broke my heart.”

It is unclear if the Cap-Pelé facility will be rebuilt.