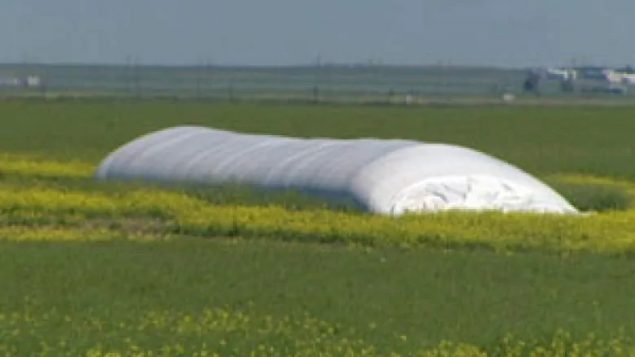 Every year thousands of tonnes of plastic grain bags and cord used on farms becomes waste. Alberta wants to look at recycling options. (via CBC)

Farming plastics; a better plan for thousands of tonnes of waste

This comes mostly from plastic twine and cord and the plastic wrapping for grain and hay. 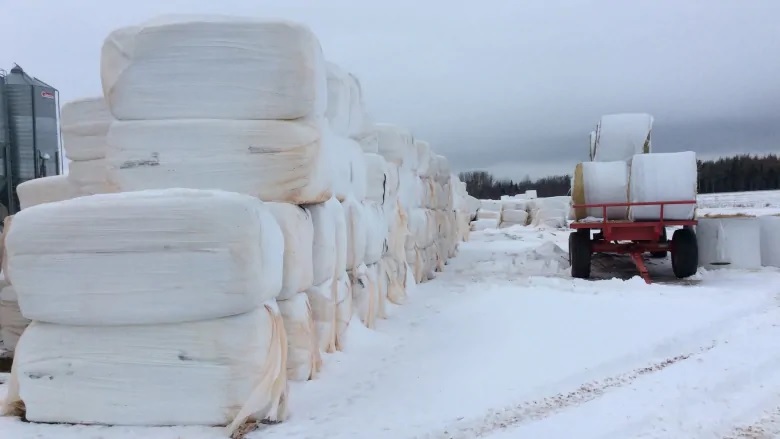 Plastic is also used to wrap hay bales against the weather (here in P.E.I) at farms across Canada resulting in thousands of tonnes of waste plastic annually. (Nancy Russell-CBC-Nov 2018)

The Alberta Beef Producers has been given a 750,000 grant to determine logistics issues, various costs and propose policy options

The problem is that there has been little effort or availability for recycling of these thousands of tonnes of annual plastic waste. While a survey suggested the vast majority of farmers (80%) wanted to recycle, much of it ends up being burned or sent to landfill. 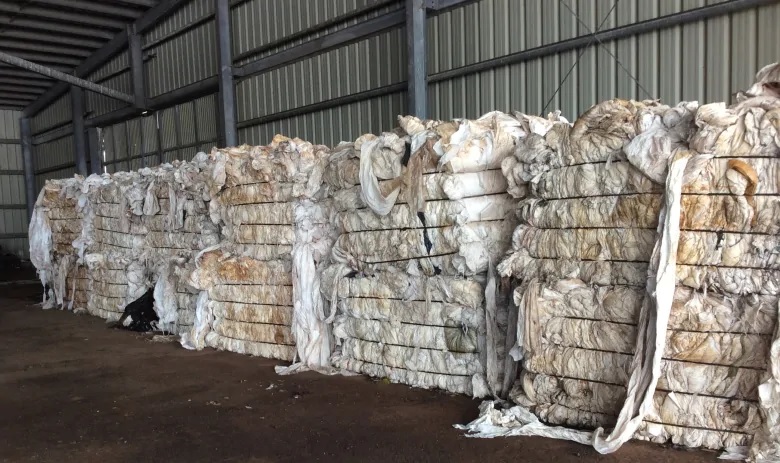 Another province concerned with the farm waste issue is the maritime province of Prince Edward Island. Here, silage plastic and boat shrink wrap from across the small province are shipped to the East Prince Waste Management Facility where they are put in bales to be sold for recycling. (Nancy Russell-CBC-Nov 2018)

The neighbouring province of Saskatchewan last year began a programme charging 24 cents per kilo as an environmental handling fee on grain bags.  Some 20 collection sites were set up last year around the province with plans to add 15 more this year.  A six-year pilot programme had seen some 3,600 tonnes of grain bags recycled.  The waste plastic is cleaned and pelletised with the pellets sold to other plastics manufacturers. The money generated from those sales helps to reduce the recycling fee.