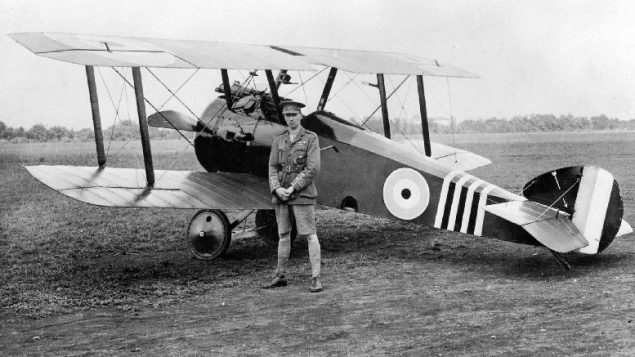 Billy Barker, ace, beside his Sopwith Camel B6313

Canada history: March 12, 1930: the tragic end of one of the greatest fighter aces of WWI

With a score of 50 planes shot down, and several heavily defended observation balloons, he was among the top flying aces of the war, and this despite his late entry in flying combat. He was awarded the Victoria Cross for a single handed battle only a fortnight before the end of the war when he found himself surrounded by at least 15 enemy planes in which he was shot in his leg, elbow, and thigh, yet managed to bring down four enemy planes. 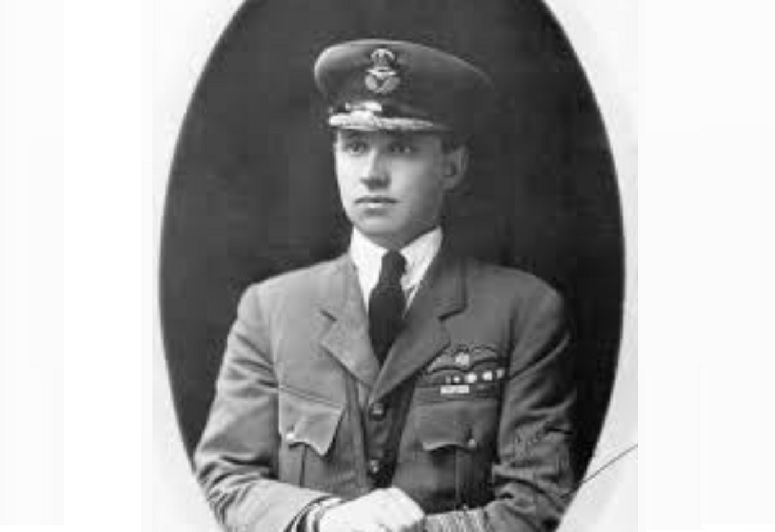 Recipient of the highest honour in the Commonwealth, the Victoria Cross, he was also twice awarded the Distinguished Service Order (DSO) twice, and the Military Cross two times. France awarded him the prestigious Croix de Guerre and Italy twice awarded him the Silver Medal for Military Valour as he had been active both on the Western and Italian fronts.

On the morning of the 27th October, 1918, this officer observed an enemy two-seater over the Fôret de Mormal.  He attacked this machine, and after a short burst it broke up in the air.  At the same time a Fokker biplane attacked him, and he was wounded in the right thigh, but managed, despite this, to shoot down the enemy aeroplane in flames.

He then found himself in the middle of a large formation of Fokkers, who attacked him from all directions; and was again severely wounded in the left thigh; but succeeded in driving down two of the enemy in a spin.He lost consciousness after this, and his machine fell out of control.  On recovery he found himself being again attacked heavily by a large formation, and singling out one machine, he deliberately charged and drove it down in flames.

During this fight his left elbow was shattered, and he again fainted, and on regaining consciousness he found himself still being attacked, but, notwithstanding that he was now severely wounded in both legs and his left arm shattered, he dived on the nearest machine and shot it down in flames.  Being greatly exhausted, he dived out of the fight to regain our lines, but was met by another formation, which attacked and endeavoured to cut him off, but after a hard fight he succeeded in breaking up this formation and reached our lines, where he crashed on landing.

This combat, in which Major Barker destroyed four enemy machines (three of them in flames), brought his total successes up to fifty enemy machines destroyed, and is a notable example of the exceptional bravery and disregard which this very gallant officer has always displayed throughout his distinguished career.Major Barker was awarded the Military Cross on 10th January, 1917; first Bar on 18th July, 1917; the Distinguished Service Order on 18th February, 1918; second Bar to Military Cross on 16th September, 1918; and Bar to Distinguished Service Order on 2nd November, 1918.” 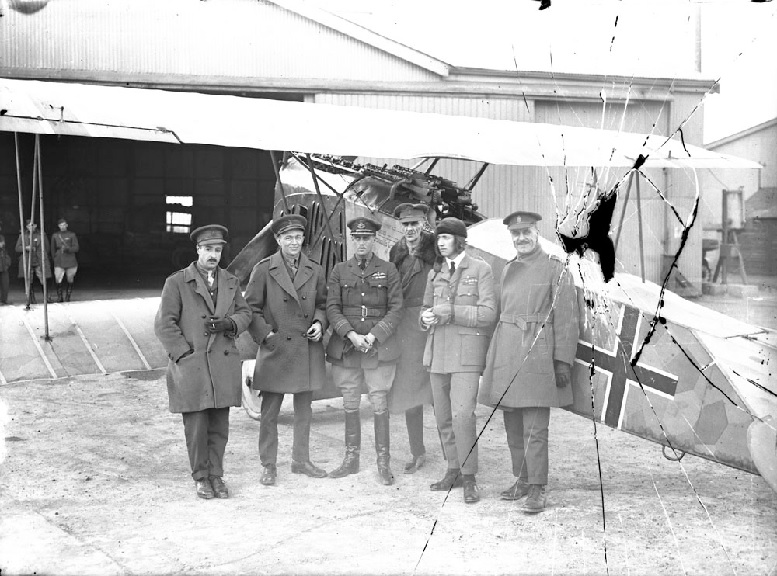 Once a household name, and having survived the war, he is perhaps little known now due to his untimely death in crash on March 12, 1930 while testing a new training plane for the military,  While there was an enormous funeral procession through Toronto in which literally tens of thousands turned out to honour the ace, he was buried in his wife’s family crypt under the Smith name, thus obscuring his own.

The Manitoba native was already known for his keen eyesight and marksmanship when he enlisted in 1914. He served first as a machine gunner and saw action in the fierce battle at Ypres. In 1916 he transferred to the Royal Flying Corps and received his first Military Cross while using the gun as an observer on a reconnaissance plane and downing an enemy scout. 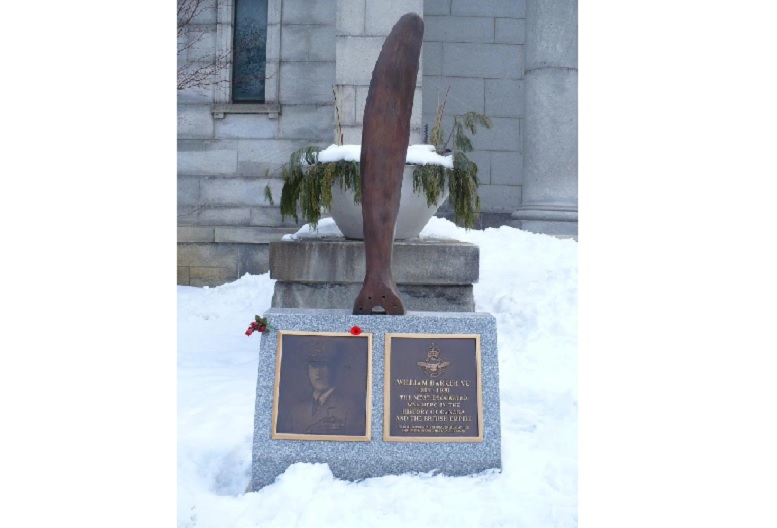 A memorial to one of the world’s greatest flying aces is finally created in 2011 outside the Smith family crypt in Toronto with plaques dedicated to his memory and exploits and symbolised by half of a Sopwith propeller. (Ontario Military memorials blogspot ca)

In 1917, he trained as a pilot, and within months was commanding a flight of aircraft.  Transferred back to England as an instructor, he soon demanded a transfer back to the front in August 1917, downed his fifth plane, an Albatross fighter. Transferred then to Italy, he raised his score to 22 by early 1918.

He would go on to achieve at least 50 by war’s end. Afterward, he married into the wealthy Smith family and joined fellow Canadian ace Billy Bishop in a short-lived airplane company, before joining the fledgling Royal Canadian Air Force in 1922 as a commander and later acting director but resigned in 1926.

Briefly the Toronto Maple Leaf hockey team president, by 1930 he was a vice president of the Fairchild Aircraft Company

On this date he was in Ottawa to help sell the KR-12 biplane to the Department of Defence as their new trainer. 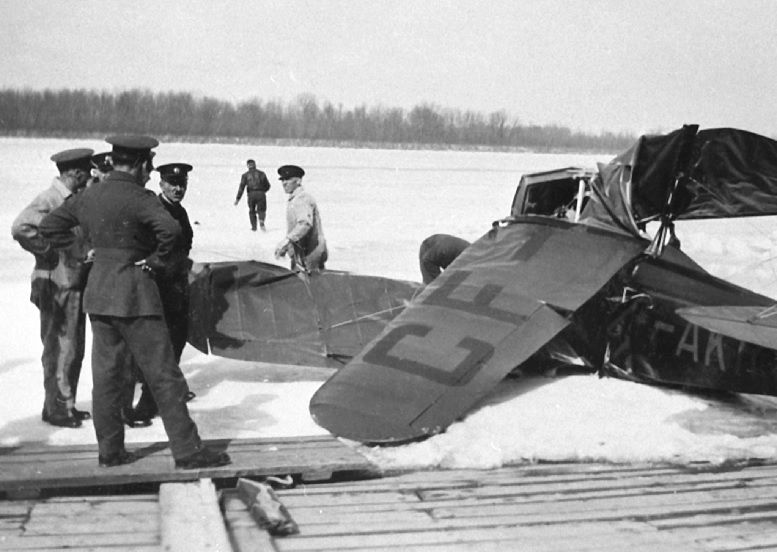 The wrecked Fairchild on the ice at Ottawa. (RCAF)

The day was chilly but clear and Barker decided he wanted to try the plane himself. Circling back to the field, something went wrong and the plane pitched and nosedived onto the still frozen Ottawa River where Barker received fatal injuries. His body was conveyed to Toronto, where tens of thousands lined the route, some two thousand servicemen paraded in his honour, and a squadron of planes flew low overhead dropping flowers on the ceremony.

However until 2011, there was nothing to indicate the resting place of the war hero. It was only then that his grandchildren raised funds for a memorial to mark the place and honour Canada’s most decorated veteran. 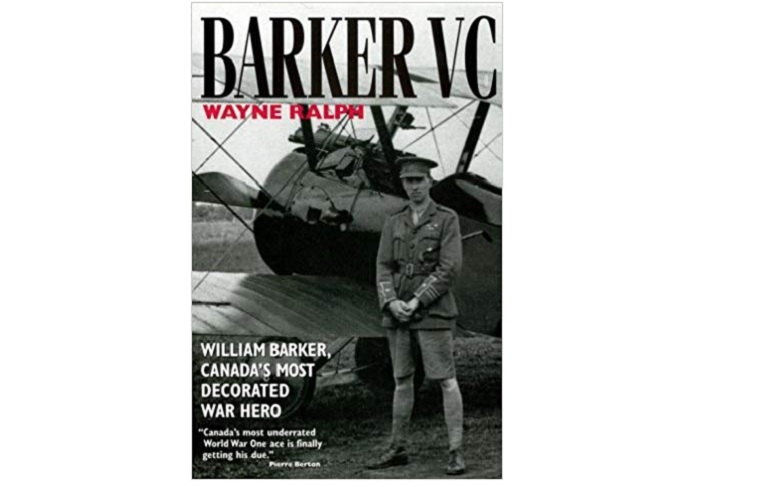 The story of William Barker by Wayne Ra;lph