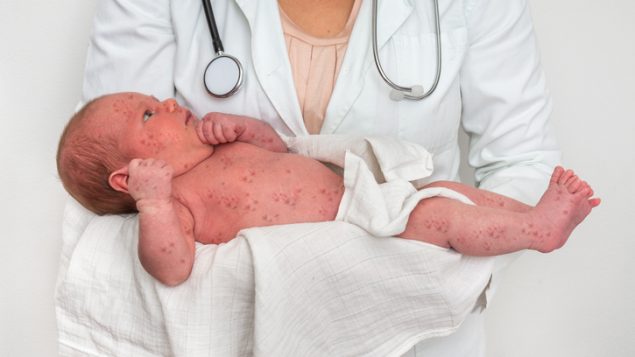 Babies too young to be vaccinated are among those vulnerable to measles when not enough people have been immunized. (iStock)

Health authorities in the western province of British Columbia are launching a drive to vaccinate Kindergarten to Grade 12 students against measles between April and June 2019. There have been 19 cases of the disease so far  this year.

Measles is highly contagious and can stay in the air for two hours after an infected person has left the room. Outbreaks occur globally and in Canada.

Symptoms include fever, cough, runny nose, red eyes and a rash on the face and chest. Complications include pneumonia, inflammation of the brain, seizures, deafness, brain damage and death. 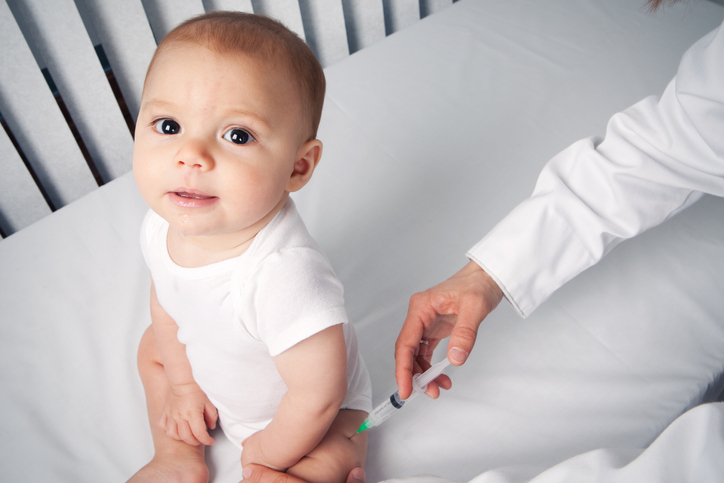 To assure herd immunity, 95 per cent of people need to have been vaccinated or to have had measles. (iStock)

Only 82 per cent of seven-year-olds were immunized

British Columbia government statistics from 2018 indicate that 82 per cent of children aged seven were up to date on their measles immunization. Health officials want to raise that to 95 per cent.

This would make the province safer for those vulnerable populations such as babies too young to be immunized, cancer patients and others with weakened immune symptoms..

Normally in Canada, children get their first dose of measles vaccine at 12 months of age and a second dose at four to six years of age. This campaign will target those who have never been vaccinated or who missed their second dose.

The UN’s World Health Organization has called the hesitation to vaccinate one of the world’s top ten threats to human health.