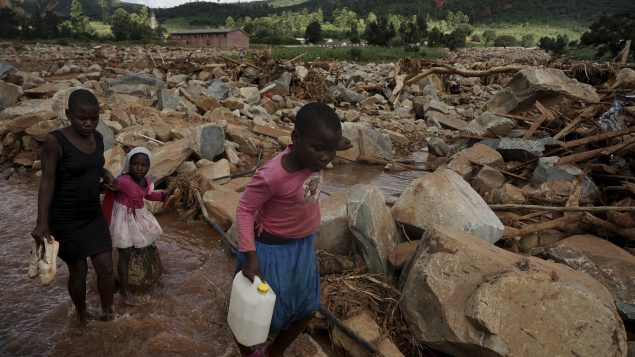 Children and women are said to be particularly vulnerable in the aftermath of Cyclone Idai that hit Mozambique, Zimbabwe and Malawi. (KB Mpofu/AP Photo)

The death toll after Cyclone Idai hit Mozambique, Malawi and Zimbabwi is 761 and likely to climb. About 228,000 people have been displaced in Mozambique and diarrhea is already reported in some camps but there is no confirmation of cholera yet.

“The priority for Oxfam and many organizations is getting safe water to people. We know that people are drinking contaminated water currently,” says Melanie Gallant, manager of campaigns at Oxfam Canada.

“Many water treatment plants have been destroyed. Sewage is flowing into water and people are consuming this water. So, (there is) a very real risk of cholera and other water-born diseases at this time.”

Aid agencies are also urgently trying to provide toilets and latrines, shelter and food. Some people report they have not eaten since the cyclone hit on March 15, 2019. 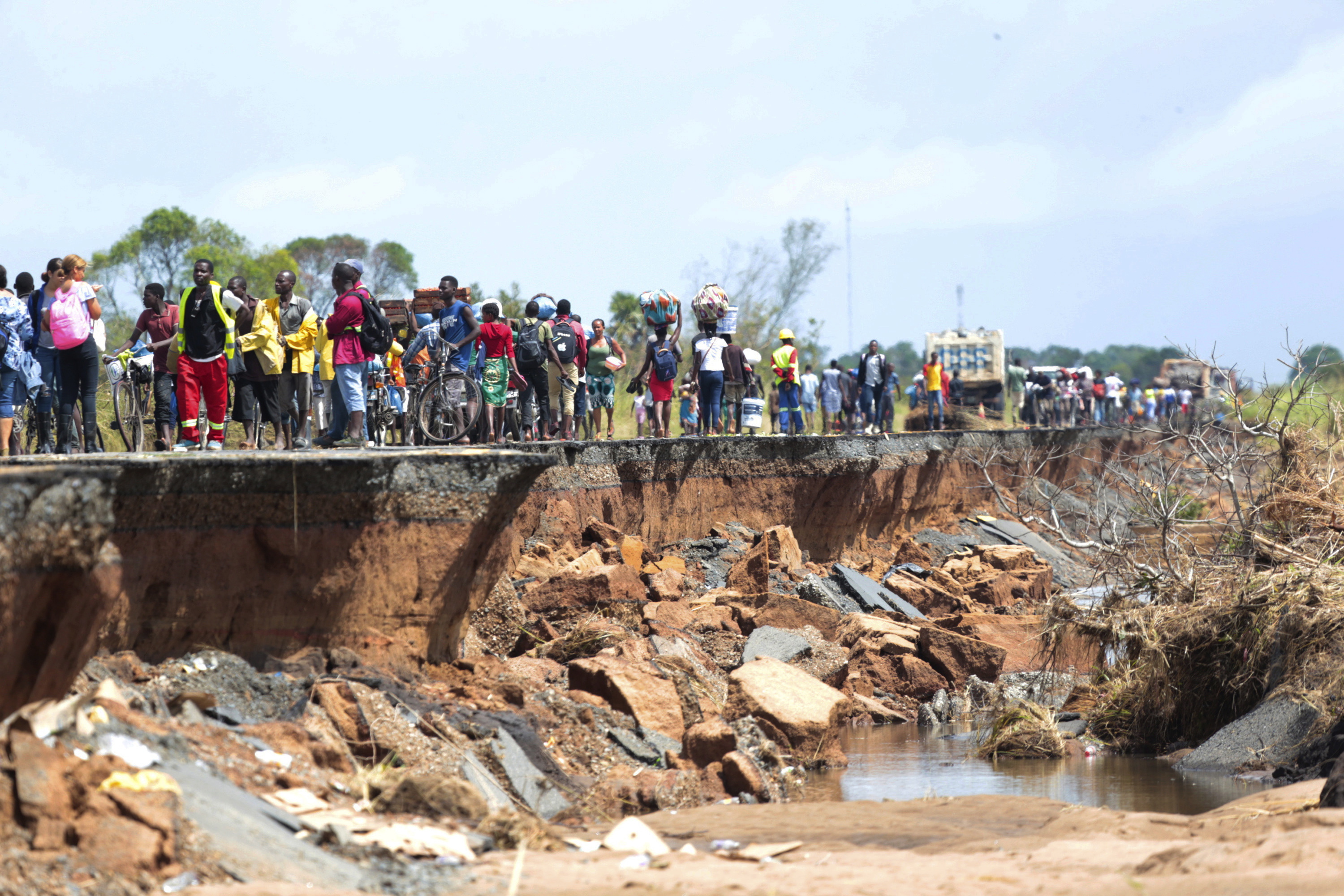 Aid agencies are having trouble delivering goods because of the devastation.  “To give you an idea, my Oxfam colleague landing in Beira, a city on the coast of Mozambique that has been most impacted, (said) 90 per cent of the city is under water, described it as a war zone,” says Gallant.

“Homes have been razed to the ground as if they were bombed. Some are completely submerged… roofs have been blown away, trees are uprooted and fields and crops and livestock have been completely flooded and washed away. So, a very real scene of devastation.”

Canada pledges up to $3.5 million

Canada has pledged initial funding of up to $3.5 million in emergency assistance to support humanitarian organizations responding to the crisis. It has also donated relief stocks including tarpaulins, shelter kits, mosquito nets and blankets. Gallant hopes countries and individual will fund more.

‘A warning of things to come,’ fears Gallant

Gallant would not link Cyclone Idai to climate change but she did say “it does follow the pattern that is being predicted by scientists in terms of how climate change is exacerbating weather events and making them more extreme and more deadly.

“So, we can see this as a warning of things to come.” 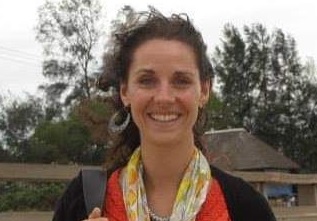