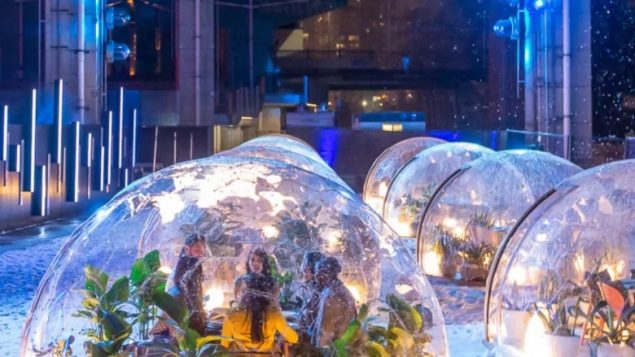 The event features a catered dinner inside small clear domes.. While usually held in areas with a var more interesting view, the Toronto event is held under an elevated highway. (dinner with a view.ca)

The “pop up” dinner, independently organised and not connected with the City of Toronto featured a number of small clear domes which can be rented for an exclusive dining experience catered by a celebrity chef with an average cost of about $550 for four..

The event is held on the “Bentway” a new public space located beneath the elevated Gardiner Expressway highway running across Toronto’s downtown near the lake shore.

The “insult” to the anti-poverty groups is that the expensive dinners are taking place under the expressway only about a kilometre or more from the area beneath the same expressway where a homeless camp had been developing under the slight protection afforded by the highway above.. The camp was later removed by the city for health reasons. The groups say it is disgusting that dozens of homeless were kicked out from under the expressway while urban rich pay hundreds of dollars to eat there. 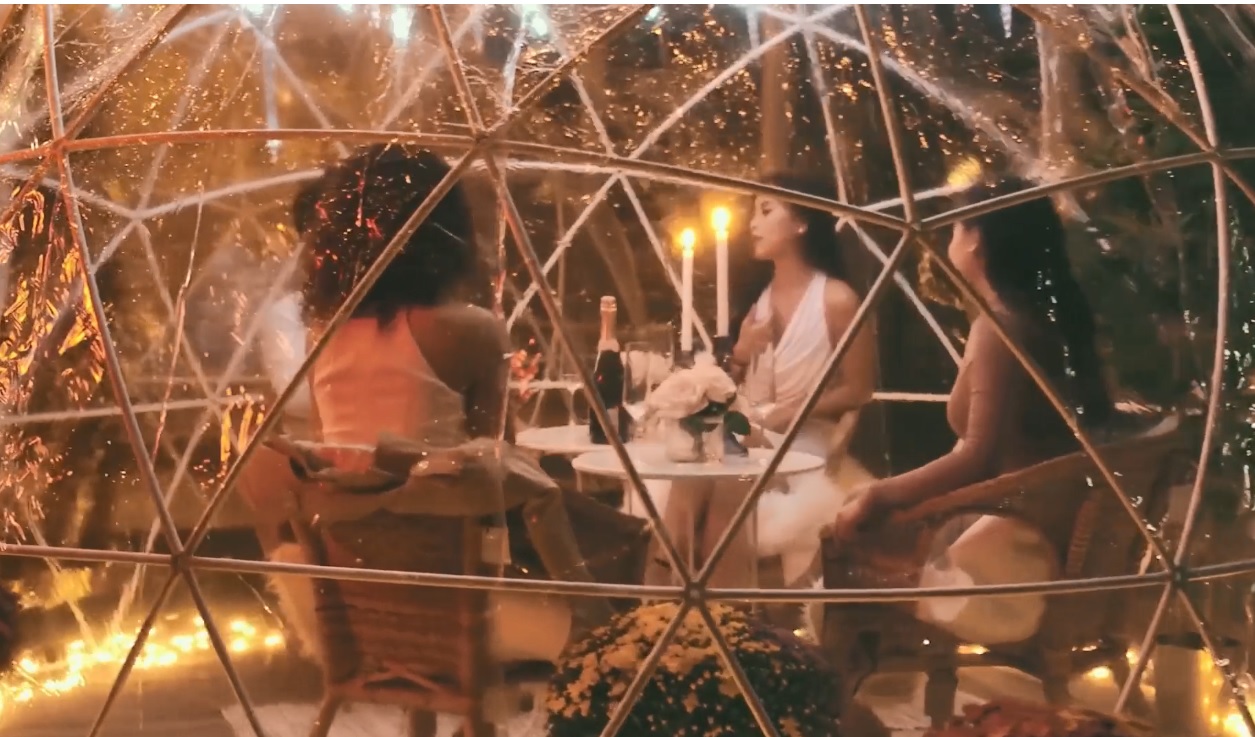 A noisy protest organised by the Ontario Coalition Against Poverty staged its own free dinner for homeless and protesters on Friday night just outside the event which had been fenced off.  A heavy police presence assured no altercations.

The pop-up dining event will continue until May 2.

Similar events are planned for Montreal in April, and Calgary in May.