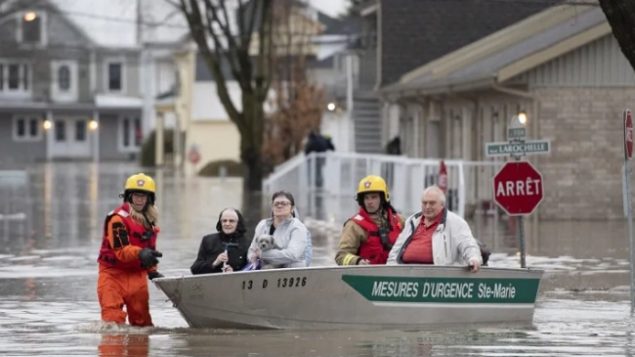 Emergency workers helped some of the 500 people evacuate their homes in Sainte-Marie Quebec on April 20, 2019. (Jacques Boissinot/The Canadian Press)

Hundreds of soldiers have been deployed to help authorities and residents battle flooding in the provinces of Quebec and New Brunswick.

There are six major floods in Quebec and, at this hour, 2,549 homes have been evacuated. Many people who had to leave suffered flooding in 2017 and had not finished repairing damage that occurred then. The premier Quebec says those whose homes suffer repeated flooding may be forced to relocate.

New Brunswick residents are on alert

In the neighbouring province of New Brunswick, residents have been put on alert because they may have to leave their homes too. The Red Cross has set up a shelter in the city of Fredericton. Many roads have been closed. 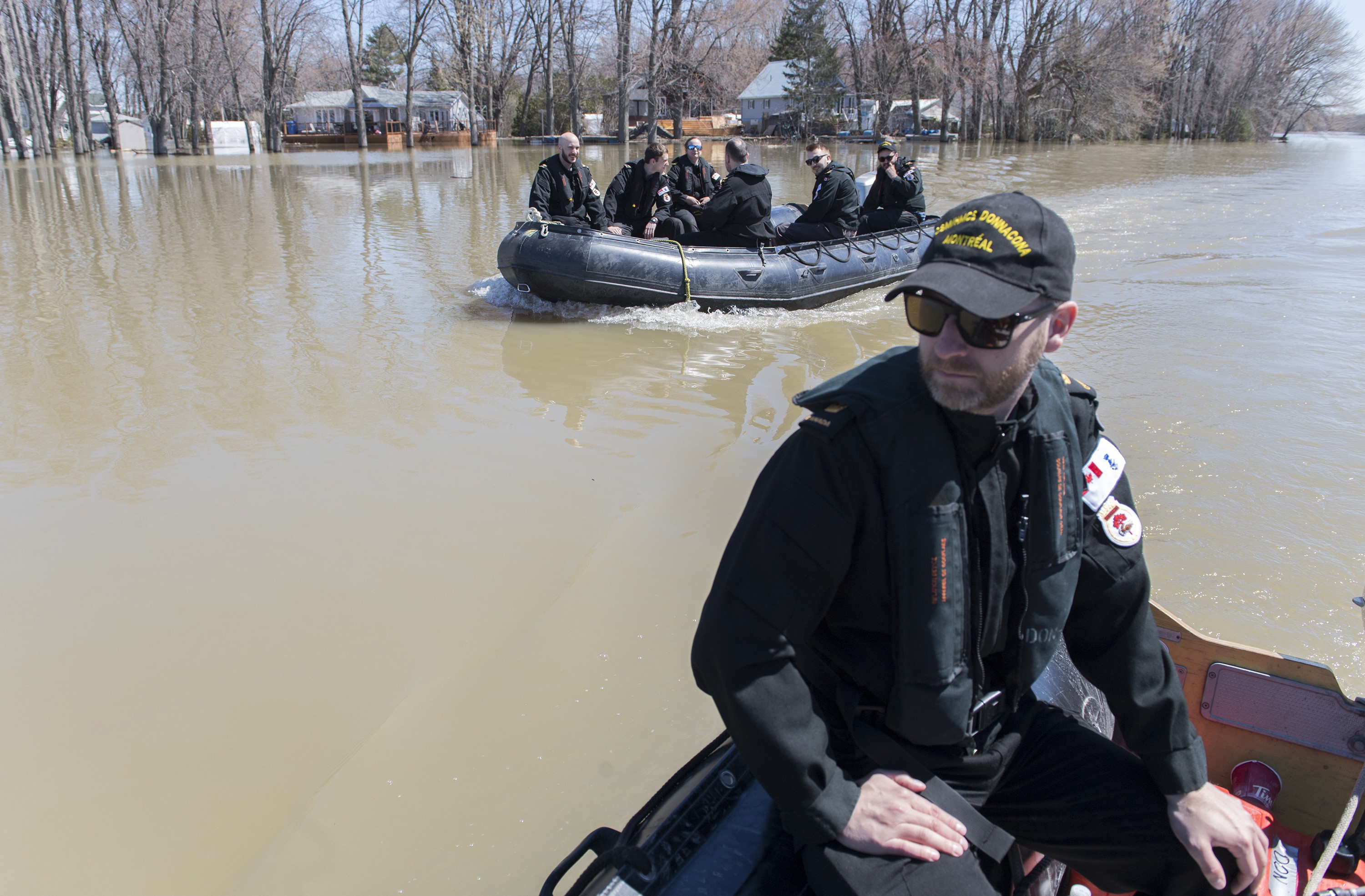 Members of the Naval Reserve patrol the Rigaud River next to homes surrounded by floodwaters, west of Montreal. (Graham Hughes/The Canadian Press)

CBC News sent up a helicopter to get an overview of flooded areas in western Quebec.