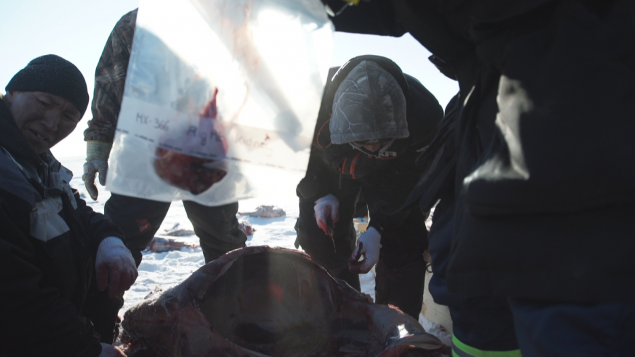 In today’s instalment, a video from our documentary archive.

For at least a decade in Canada’s western Arctic, the muskoxen Inuit rely on for everything from food, to employment as hunting guides, have been getting sick with diseases, some of which until recently had never been recorded in these Arctic animals.

These changes are impacting everything from the economy to the transmission of Inuit hunting culture from one generation to the next.

Eye on the Arctic travelled to Cambridge Bay in 2016 to find out more about what scientists and the community are are seeing.