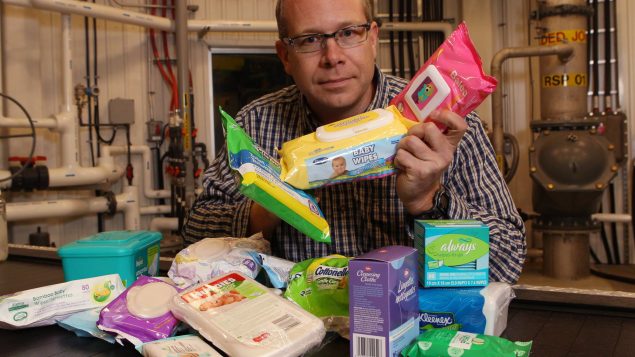 It was back in November 2013 tht Barry Orr of the city of London, Ontario’s environmental and engineering services displayed many of the items he found to be clogging sewage system pumps. (Dave Chidley/The Canadian Press/file)

Single-use wipes which are marketed as “flushable” have been clogging sewer systems for years, say environmental groups, and they are calling for an investigation by Competition Bureau Canada. Friends of the Earth Canada and Ecojustice complain that the manufacturers of 23 products are making false and misleading claims by saying they can be flushed down the toilet.

They point to a recent study by Ryerson University’s Urban Water program which demonstrated that all of the more than 100 products studied failed to meet internationally recognized criteria for flushability. Only toilet paper passed the tests for drain line clearance and disintegration. 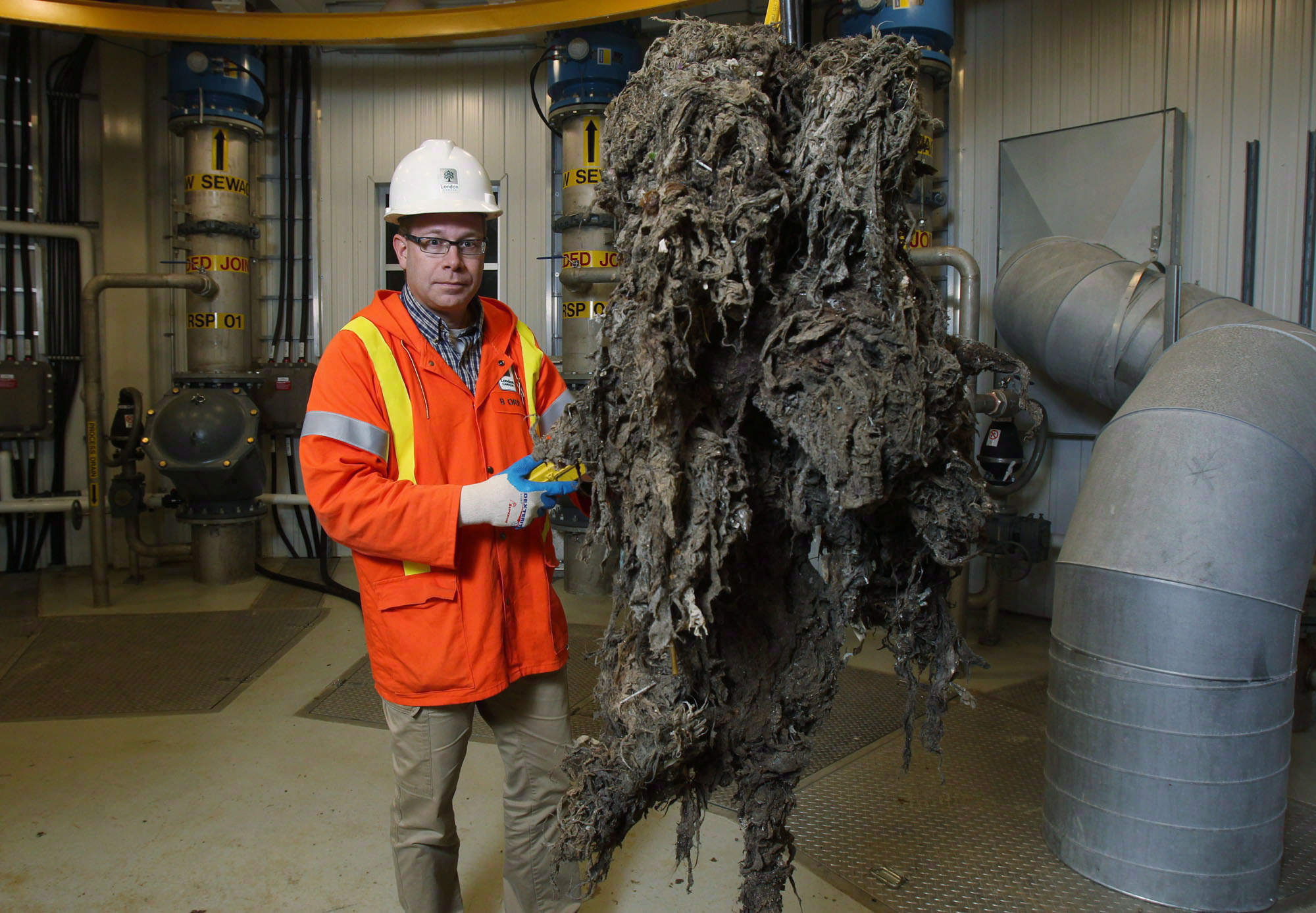 A statement from the environmental groups claims that single-use “flushable” wipes are a serious expense for municipal water works and taxpayers because they clog pumps, screens, filters and pumps. It adds that they cost at least $250 million per year in additional repairs and maintenance to municipal sewer systems in Canada.

The groups allege manufacturers are misleading consumers by labelling the products “flushable.”They suggest an investigation leading to a fine of $230 million.