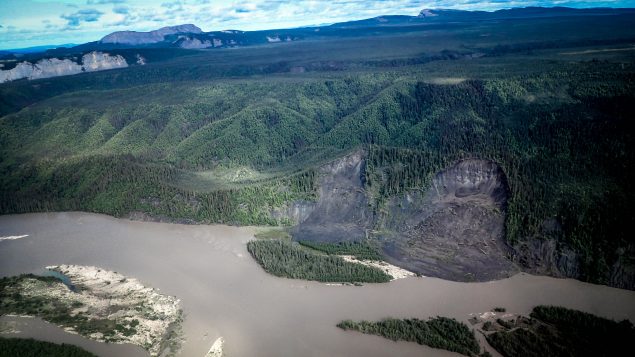 The abrupt melting of permafrost caused the side of a hill to collapse into a channel of the Mackenzie River in the Northwest Territories. (Carolyn Gibson/The Canadian Press/hand out)

A new study has found that permanently frozen ground called permafrost is melting much more quickly than previously thought and such abrupt thawing “increases permafrost carbon release projections by about 50 per cent.” Melting permafrost releases methane which is a stronger greenhouse gas than is carbon dioxide. In some parts of Canada’s Arctic, permafrost is melting so fast the ground is collapsing, transforming the landscape and making travel dangerous for Indigenous people who live there. 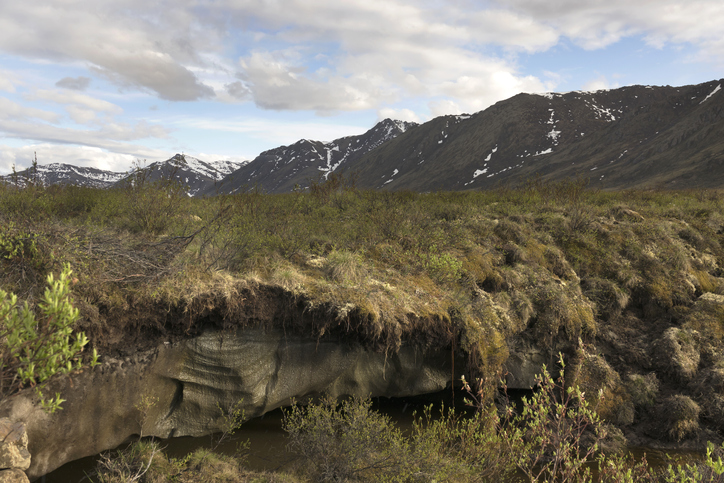 Melting permafrost is exposed along the Dempster Highway in Canada’s Yukon Territory. (iStock)

“We are watching this sleeping giant wake up right in front of our eyes,” said University of Guelph Scientist Merrit Turetsky in a statement from the university.

Permafrost affects about one-quarter of the land in the northern hemisphere. The frozen soil holds about twice as much carbon as is currently contained in the atmosphere, says the statement.

It notes that unlike slow thaw, abrupt thaw releases more methane which is a stronger greenhouse gas than is carbon dioxide.

“If we can limit human emissions, we can still curb the most dangerous consequences of climate warming.  Our window for action is getting narrow, but we still have it and can make changes to save the Arctic as we know it, and the Earth’s climate along with it.”

The study was published in the journal Nature.