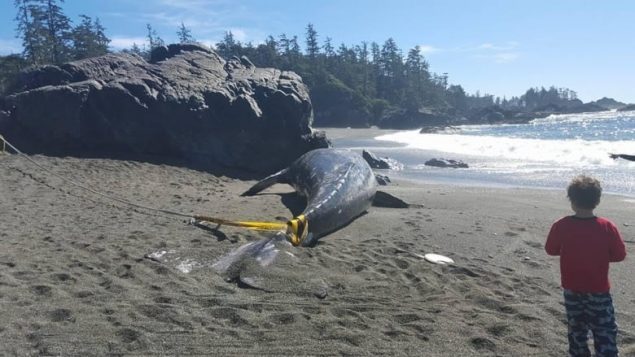 A young grey whale is pictured washed up on Ucluelet beach on Vancouver Island in 2016. An unsually high number of the whales are washing up on West Coast beaches this spring. (Les Doiron)

There are growing fears about the fate of grey whales making their annual migration along North America’s West Coast.

An unusually high number are washing up dead on shorelines south of British Columbia, their next destination, as they make their way from their breeding grounds in Mexico to their Bering Sea summer feeding grounds, past Alaska.

“We’re already beyond what we would typically consider high numbers and this is still early in our stranding season,” says Jessie Huggins, stranding co-ordinator of the Cascadia Research Collective.

More than 20 grey whales were stranded ashore in California earlier this spring and several more recently washed up along Oregon’s coast. 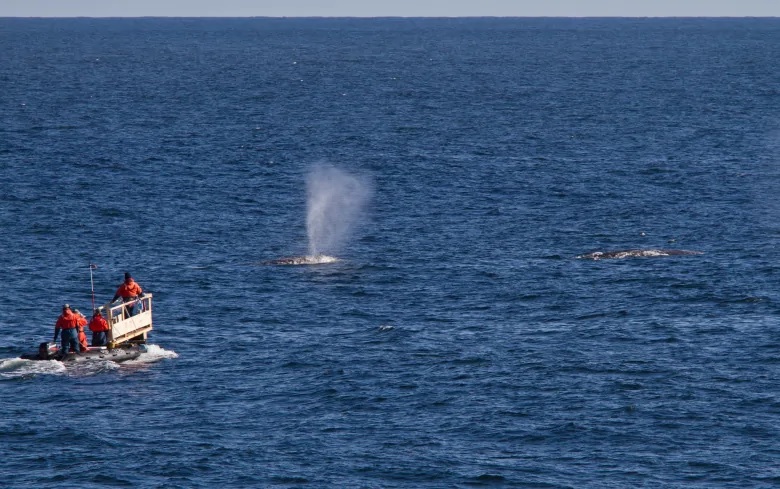 U.S. and Russian researchers tagged whales off Sakhalin Island with satellite tags and tracked them over the course of several months in 2015. Scientists from across the Pacific Northwest are working across jurisdictions to try to establish why more grey whales than usual are dying this year. (Craig Hayslip/Oregon State University Marine Mammal Institute)

Grey whales feed on sediment along the ocean floor.

However, researchers have not concluded whether the cause of the deaths is a decline in food sources, an overpopulation of grey whales, or some combination of both.

“It’s difficult for us to tell at the moment, but we know that, for the last year or two, there have been a number of very skinning whales, ” Huggins told CBC News. 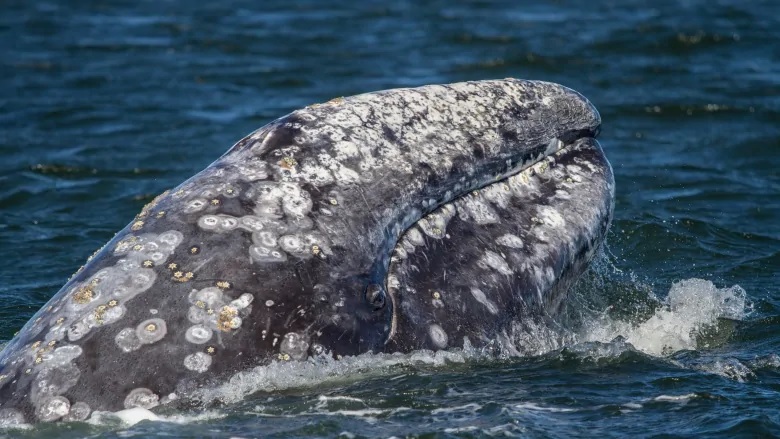 “They didn’t get enough food last summer and, along their normal migration patterns, are just not able to make it way to Alaska.”

The scientists say the whales washing up ashore are likely not the only ones who are dying.

“Many other whales, when they die further off-shore, we never see them,” Huggins told CBC.

“Especially skinny ones because they tend to sink first.”

(According to the World Wildlife Fund Intensive whaling drastically reduced grey whale numbers over the last three to four centuries. Of the original three grey whale populations, one in the North Atlantic is extinct, one is critically endangered in the Western North Pacific (with as few as 150 individuals remaining), and one has recovered from very low levels in the Eastern North Pacific and was removed from the U.S. Endangered Species List in 1994.)

With files from CBC, CHEK News