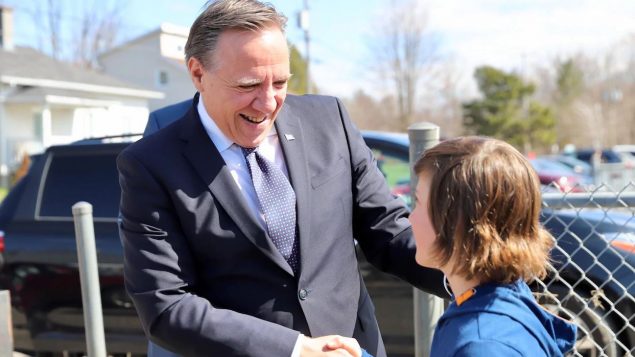 A municipality in Quebec’s Beauce region will be getting a new elementary school after a student’s song about its sorry state drew the attention of the province’s Premier Francois Legault.

Legault said today the 84-year-old l’Accueil school in the town of Scott, which was damaged by the recent spring floods, will be enlarged and moved to a new location outside the flood zone.

Speaking in the municipality south of the province’s capital, Quebec City, Legault met with the pupil, James Paquet, and promised that the future school will be operational within two years.

In a video published on social media, the politician replied to a song written by the sixth-grade student, who highlighted the plight of his school in a widely shared video.

“Last week, a young sixth-grade student, James, wrote a song to me asking us to rebuild his school, which has been flooded several times in recent years. I want to tell you James, through this little video, that I heard your cry from the heart and it really touched me.”

In a song shared on Facebook by the boy’s mother, James strums a guitar and asks the premier for a new school because his is flooded every year, as images of the damaged building play onscreen.

Speaking to Radio-Canada, James Paquet said that he was touched by François Legault’s attention.

“I felt very emotional. I felt really happy. I’m glad my video reached him, because it was my goal to have a new school.”James Paquet

With files from The Canadian Press, Radio-Canada