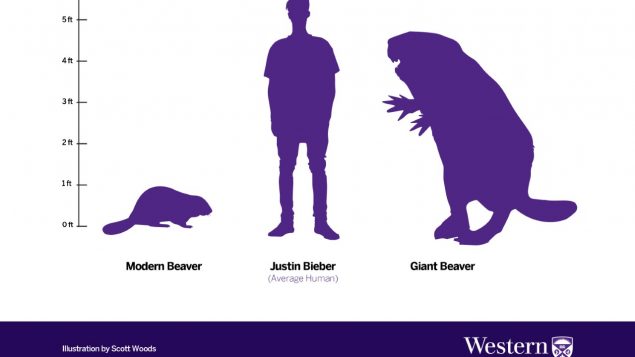 The giant beaver was about the size of a modern-day bear and weighed up to 100 kg. (Scott Woods/Western University).

Food may be key to why giant beavers died out

The beavers that now live in Canada typically weigh 27 kg, but the giant beavers that lived in North America during the Pleistocene era weighed as much as 100 kg and became extinct. Now, two researchers connected to Western University have found diet may have been the game-changer for the giant beaver and several other species of large terrestrial animals that died out at the end of the last Ice Age. 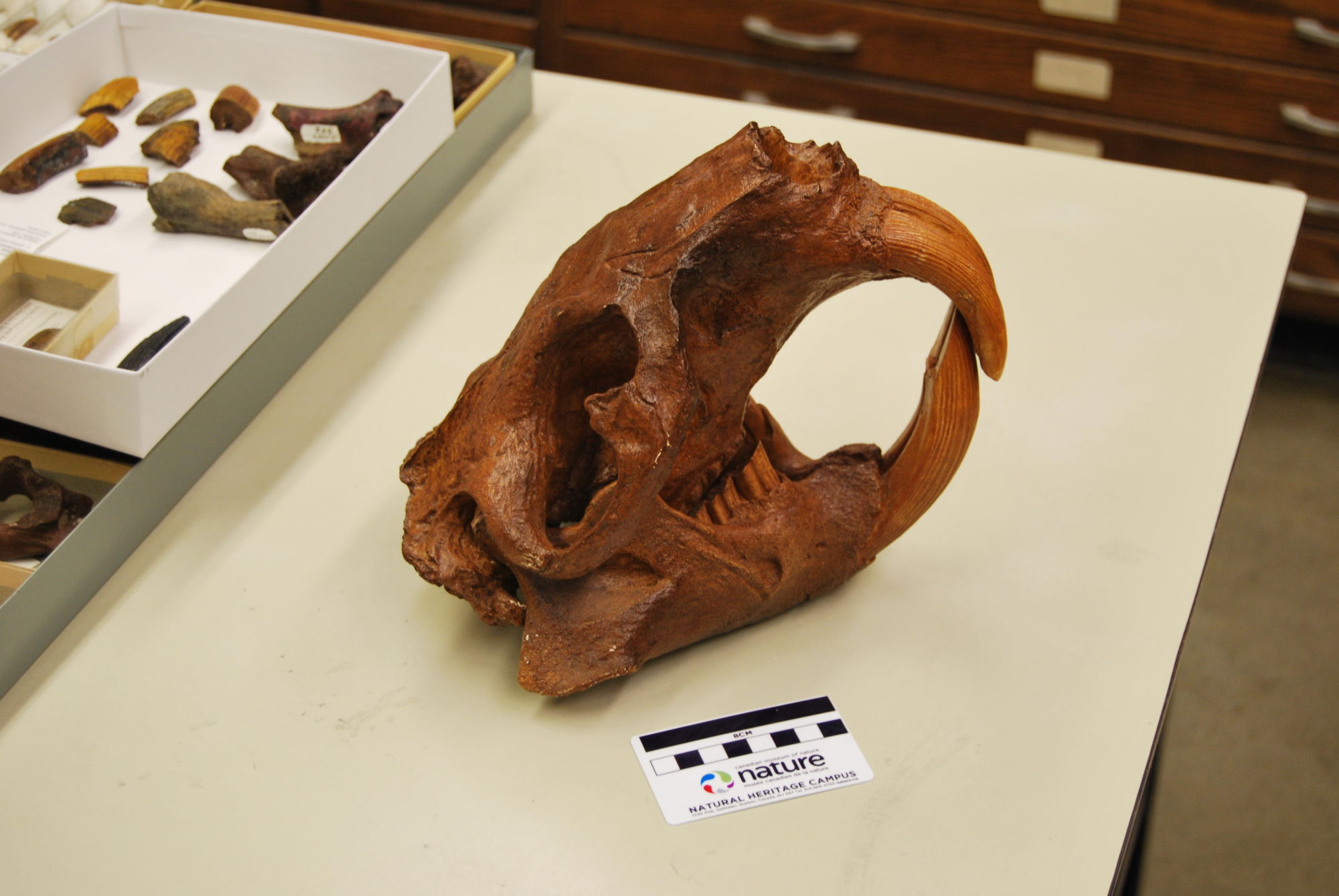 Although the giant beaver had huge front teeth evidence suggests it did not eat or cut down wood. (Florida Museum of Natural History)

Although giant beavers had the same huge and distinctive front teeth as their smaller cousins, it seems they did not cut down wood or eat it. Instead they survived on aquatic plants.

As the ice retreated, the climate became drier and that was bad news for the giant beavers. The little beavers ate and chewed wood, building dams to live in and stop water flows. This enabled them to create wetland habitat and helped them survive.

The giant beaver looks much like the smaller beaver that now lives in Canada, but size isn’t everything apparently. (Canadian Museum of Nature)

The study was published in Scientific Reports-Nature.

Among the interesting facts about beavers, they have front teeth grow continually and would kill them if they didn’t chew wood and they have special a special toe on each of their hind feet that have a double toenail to groom their fur.