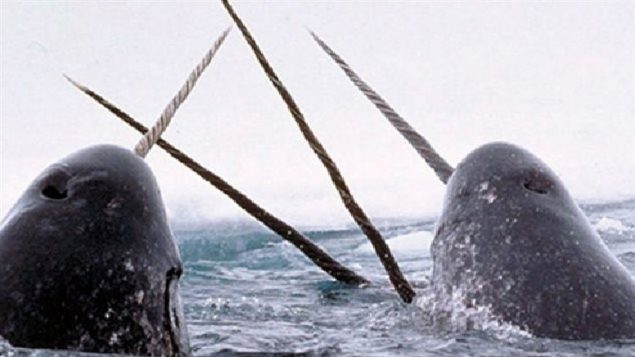 Although genetic diversity has long been believed to be extremely important to long term species survival and the ability to adapt to changing environments, the narwhal have survived for eons without great genetic diversity.(Glenn Williams- N.I.S.T. (US)

The genetic surprise of narwhal

It has been, and is, a very widely held belief that genetic diversity in a population of any creature is needed in order to deal with threats from disease and environmental change.

A new study by researchers in Denmark has found that narwhal, those unusual and interesting ceteceans of the north, actually have very little genetic diversity across all populations.

In spite of that, the species seems to be doing relatively well. Estimates are the total population is about 170,000 animals.

The researchers compared DNA from ancient narwhal to those at present and are still puzzled at how the species has survived with so little genetic diversity.

Researchers speculate that a previous major decline in narwhal about 600,000 years ago may have created a genetic bottleneck with an increase in population beginning about 30,000 years ago. They also suggest however that because that original species decline happened very slowly the ancient narwhal may simply have somehow managed to adapt, without substantial inbreeding, and that since the recovery began, genetic diversity simply has not had time to catch up. Nevertheless, the animals have somehow managed to survive throughout the ages with this low genetic diversity. 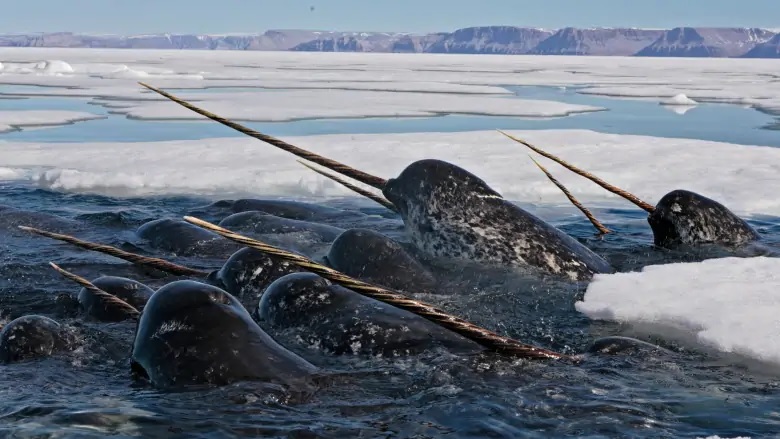 There has long been speculation about the tusks. They may be related to mating, but also used to whack and stun prey fish. However as only five percent of females have tusks, that is not the only feeding method. (Paul Nicklen- WWF)

An Inuit elder in Pond Inlet in the Canadian Arctic was quoted in the CBC saying they adapted by migration and following their food.

The International Union for Conservation of Nature (ICUCN) red list of threatened species in 2017 downgraded the threat to the species from “near threatened” to “least concern”.

However the narwhal only migrate within Arctic waters.

The researchers are quick to point out however that the lack of genetic diversity may still pose a significant survival hurdle given the recent warming of the Arctic including less sea ice and seemingly rapidly changing environmental conditions and ecosystems.