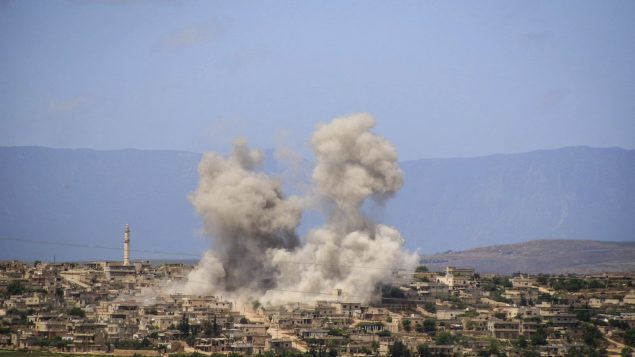 One of many air strikes by Syrian and Russian forces hit the town of al-Habeet in southern Idlib, Syria on May 3, 2019. (Syrian Civil Defense White Helmets via AP, File)

The United Nations says that a full-on conflict in Syria’s Idlib province would very likely increase human rights violations and generate a humanitarian catastrophe. After eight months of relative calm, the Syrian government and its allies have launched ground and air attacks in an attempt to wipe out the last major rebel stronghold in Idlib province.

The UN Commission of Inquiry on Syria says the offensive is “a serious escalation” and dozens of civilians have been injured. It has been investigating fatal attacks against civilian targets including on schools, medical buildings and markets. 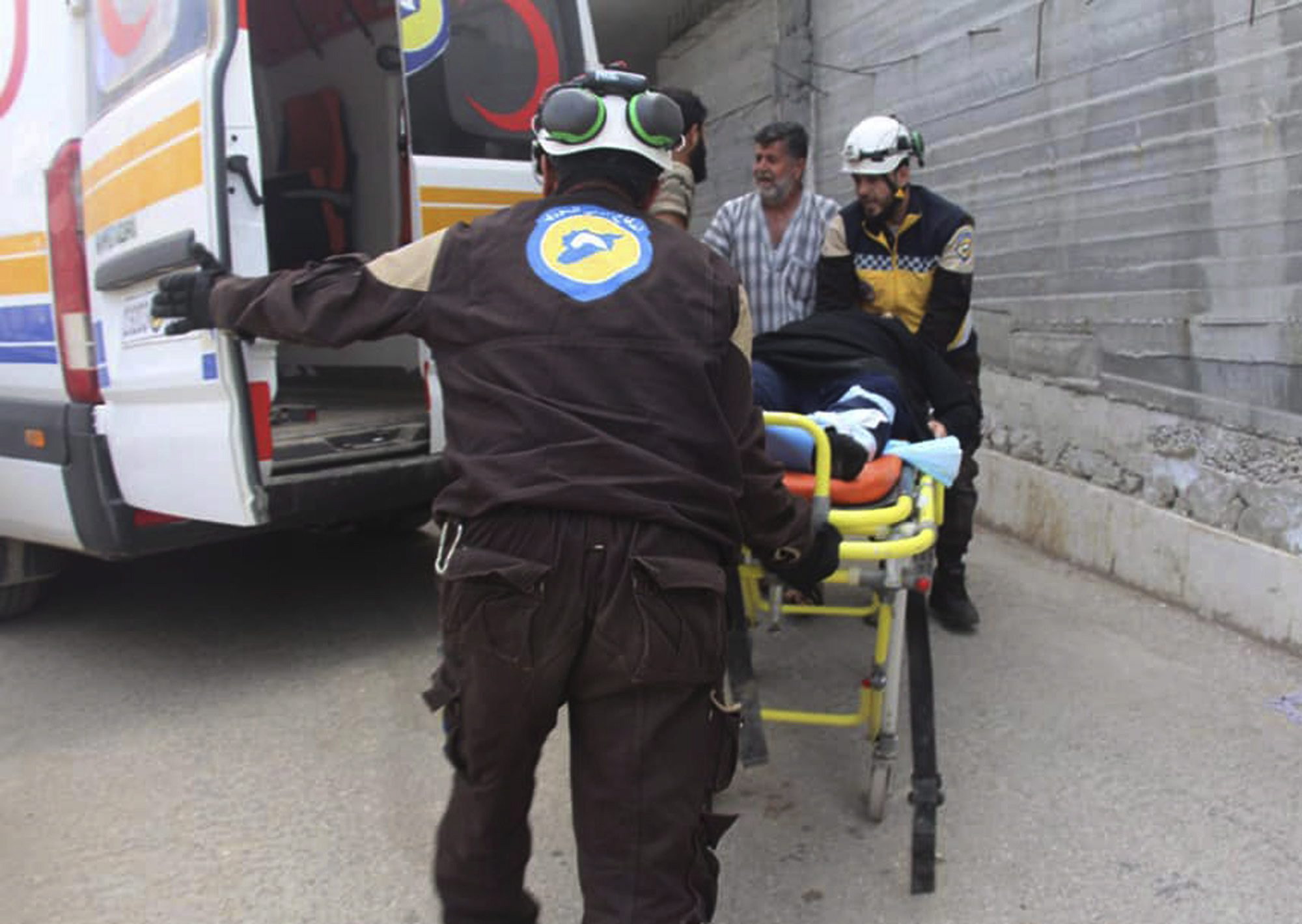 A civil defence worker transports a man injured by shelling in Ehsem, Syria on May 3, 2019. Dozens have been injured and more than 150,000 people have fled. (Syrian Civil Defense White Helmets via AP)

The World Food Program says more than 150,000 people have been displaced in just one week and dozens are stranded and living out in the open.

Canadian spokeswoman for the World Food Program Marwa Awad says the situation inside Idlib and northwest Syria is dire and while most displaced people have sought shelter in camps, the camps are now overstretched. Many people have lost everything and have undergone multiple displacements that have left them destitute.

WFP is calling on all parties to the conflict to allow aid workers safe access to families in need inside Idlib.

It reminds the world that 6.5 million Syrians are food insecure, 75 per cent live in extreme poverty. WFP is delivering food assistance monthly to 3.5 million people in Syria.