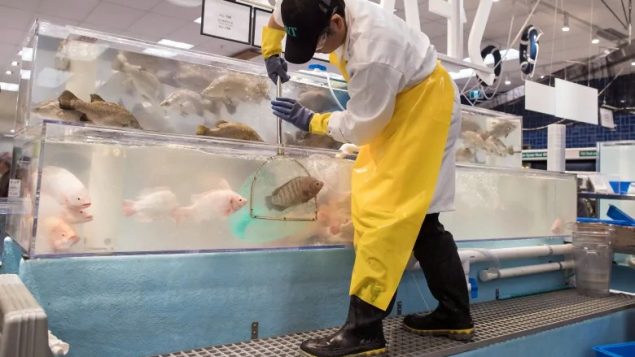 Among the new jobs created in April were 32,400 in the category of wholesale and retail trade positions. (Darryl Dyck/The Canadian Press) 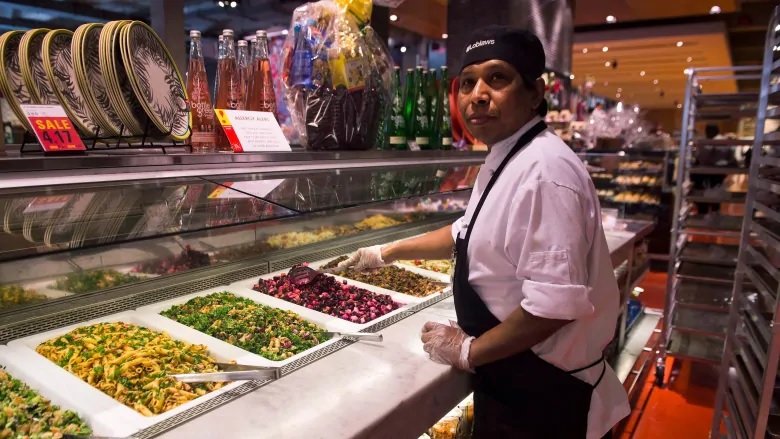 A employee works at a Loblaws store in Toronto in this May 3, 2018, file photo. Job gains hit an modern record in April dropping the unemployment rate to 5.7 per cent. (Nathan Denette/Canadian Press)

Canada has struggled with low oil prices and trade uncertainty, but the labour market has been been a bright spot, showing strength since mid-2016.

As the CBC’s Scott Peterson reports, the surge in jobs wasn’t the only good news.

Last November, the federal government’s fall economic statement projected two per cent growth for 2019, but many predicted the number would likely come in lower following a drop in oil prices.