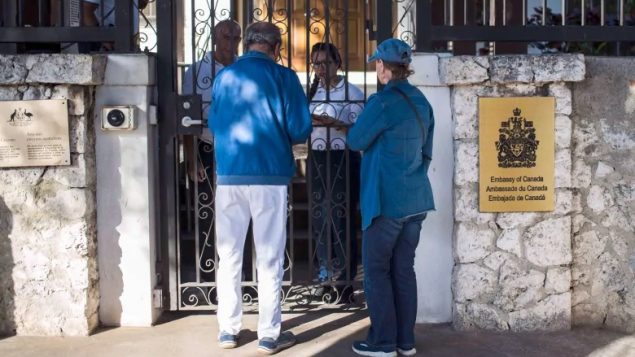 Visitors wait at the entrance of Canada's embassy in Havana in April, 2018. Changes in visa procedures will adversely affect many who want to come to Canada, especially those with little money. (Desmond Boylan/The Associated Press)

Cubans seeking to come to Canada to visit, work, study or permanently join a Canadian spouse have suffered a disheartening setback as they attempt to clear the procedural hurdles and bureaucratic hoops required to get here.

Canada announced Wednesday it would no longer process applications for visitor and residence visas or work and study permits at its embassy in Havana.

It is unclear if Cubans will have to return to Mexico City to pick up their visas after they are processed. 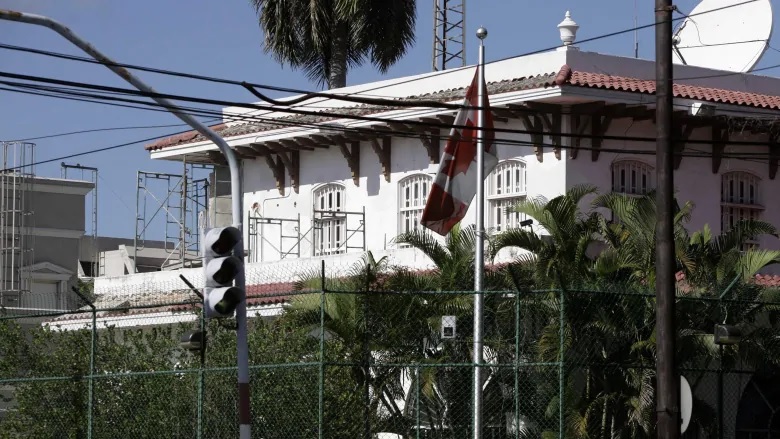 The Canadian Embassy in Havana has cut back on staff because of a mysterious illness. (Franklin Reyes/Associated Press)

In addition, Cubans who need to give their biometrics (fingerprints and a photo) as part of their application will need to travel to a visa application centre outside Cuba.

The travel may prove too expensive for many Cubans and many may withdraw their applications.

Canada reduced the embassy to skeletal staffing in January after a mysterious illness began affecting Canadian and U.S. diplomats and their families in the spring of 2017.

So far, 14 staff members at the Canadian embassy have suffered what the government calls “unusual health symptoms.” 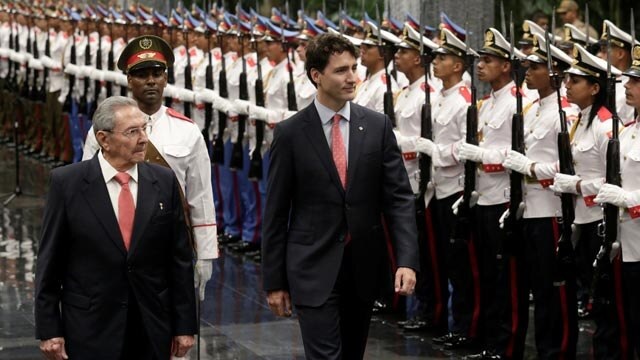 Some staffers awoke in the middle of the night with serious nosebleeds.

No cause has been identified and hopes of finding one are dwindling as Havana and Washington spar over who or what may be responsible.

Cuba says anti-Castro politicians in the U.S. are responsible.

Canadian diplomats and their families who were based in Cuba between 2016 and 2018 are suing the federal government for $28 million in connection with the health issues.