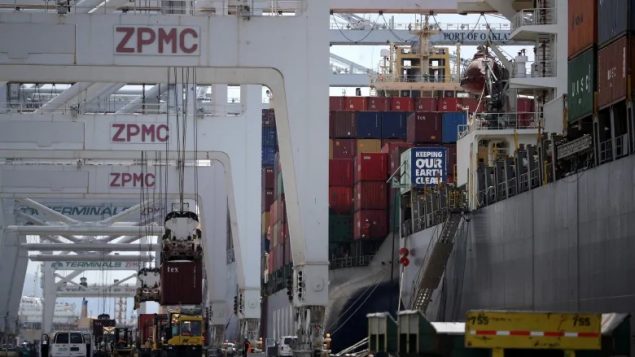 Containers are offloaded from a ship docked at the Port of Oakland on Monday in Oakland, Calif. China retaliated to U.S. President Donald Trump's 25 per cent tariffs on billions in Chinese goods with its own tariffs on U.S. products.and vowed to "fight to the finish". Meanwhile China continues to exert trade and diplomatic pressure on Canada. Both issues are a small part of a much bigger Chinese policy according to a Chinese expert (Justin Sullivan/Getty Images)

A trade dispute is growing between China and the U.S which could easily have repercussions worldwide.

The U.S and China will be together at the upcoming G-20 summit, at which point the situation may calm, or as many think, escalate.

At the same time the trade and diplomatic dispute between Canada and China continues over a Chinese executive detained in Canada and wanted by the U.S.

Charles Burton (PhD) is a political science professor at Brock University and former Canadian diplomat to China. He says this is playing out against a longer term Chinese policy to become the world’s superpower.

Professor Burton says the U.S has long been unhappy with the huge trade imbalance with China, When China recently reneged on a deal that had been worked out towards more equity and requiring adherence to World Trade Organisation rules, the U.S. upped tariffs on many Chinese imports from 10% to a hefty 25% affecting about $250 billion worth of Chinese imports. 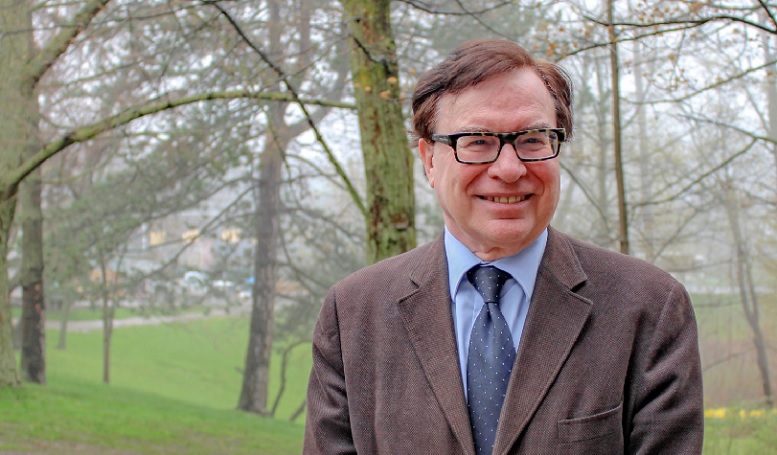 If a settlement isn’t reached in June prior to or at the G20 meeting, there are plans being discussed to add duties to an additional $325 billion worth of Chinese products.

This comes amid the ongoing Canada-China dispute. It is widely believed that China continues to exert pressure on Canada over its arrest of Huawei executive Meng Wanzhou. Under relaxed house detention at one of her luxury properties in Vancouver, she awaits an extradition hearing to the U.S to face charges there connected to sales of equipment to Iran. 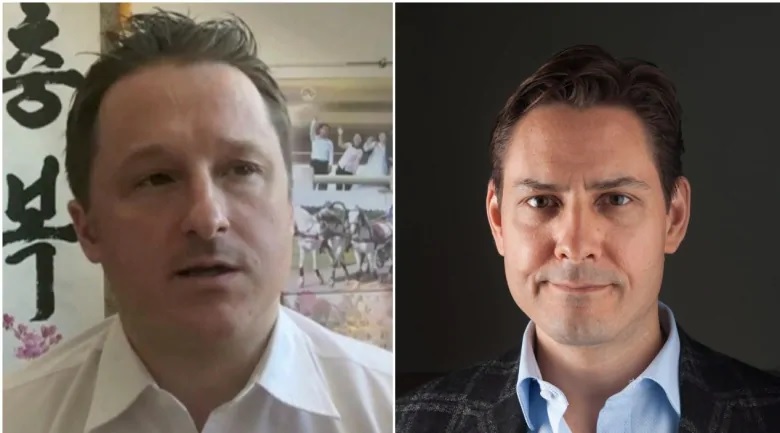 Michael Spavor (left) and former Canadian diplomat Michael Kovrig have been in Chinese custody under extremely harsh conditions on a charge of being a threat to Chinese security. This is widely believed to be retaliation for the detention of a Huawei executive in Canada wanted in the U.S for charges there (Associated Press/ International Crisis Group/Canadian Press)

Chinese pressure comes in the form of refusing imports of Canadian canola, and bureaucratic delays of other Canadian imports further harming Canada’s agricultural sector. There has the arrest and harsh imprisonment of two Canadians on charges of being threats to China’s security, and the sentencing to death of two Canadians accused of drug trafficking.

Professor Burton says Canada’s polite gestures of objection will not work in changing China’s position. It is felt that this only adds to China’s perception of the current government being weak. Burton notes there are a number of things Canada can to exert pressure on China in return such as inspect all Chinese shipments into Canada to cut off the supply of deadly fentanyl drugs. These delays would hurt China’s economy. Certain diplomatic expulsions would also send a strong signal.

These trade and diplomatic bullying tactics by China can be seen as part of a long term geo-strategic plan by China aimed at domination and becoming a world power if not the top world power. He says international organisations like the U.N and W.T.O. which are based on rules and which run counter to China’s ambitions.

In an article he wrote to the Ottawa Citizen newspaper, he said, “Currently, there is no coherent multi-national strategy against Chinese influence operations. The less we respond to it in any substantive way, the more China is emboldened in its practice of global disruption.

China’s remaking of the global rules is making the world safe for autocracy, tacitly demanding that Canada passively surrender our values to an authoritarian state. Canada should be uniting with our allies in a coordinated stand for political justice and fair economic engagement with China. But this requires more than allocating resources and government expenditure. The political will has to be there”.