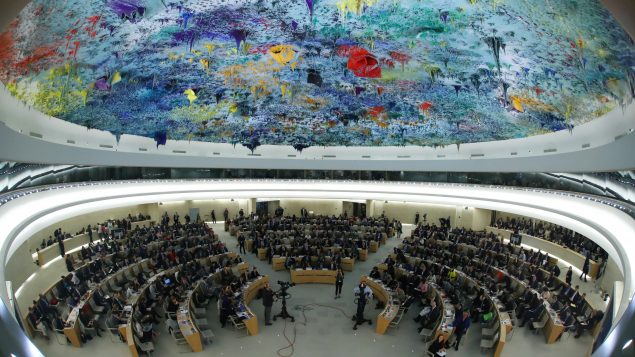 The proposed legislation, known as Bill 21, is “likely to undermine the freedom of conscience, religion and equality of citizens,” said a letter by three high-ranking human rights monitors sent to the Canadian mission of the Geneva-based UN body last week.

“We are particularly concerned … about consequences for those people susceptible to being disadvantaged or excluded from a job or public position because of the potential effects of the proposed law,” the letter reads.

The ban would apply to new employees, however, those already working for the government will be allowed to display their religious symbols – hijabs, turbans, kippahs or crosses – at work.

The controversial legislation has already attracted widespread criticism from minority groups and anti-racism advocates in Quebec, who fear it will, among other things, significantly limit work opportunities for Muslim women. 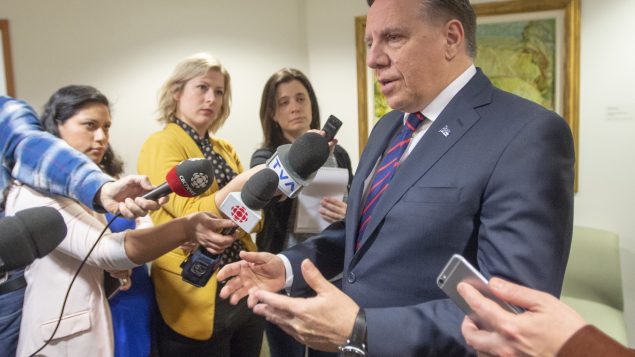 Quebec Premier Francois Legault speaks to the media on Friday, Feb. 15, 2019 in Montreal. The Coalition Avenir Quebec government government is rushing to pass by next month its secularism to fulfil an election promise to ban many public sector employees from wearing religious symbols at work. (Ryan Remiorz/THE CANADIAN PRESS)

The Quebec government maintains the legislation is moderate and is supported by the majority of Quebecers.

The UN human rights experts say the bill does not properly define what constitutes a religious symbol and could lead to a “potentially discretionary and discriminatory interpretation.”

The bill’s clause requiring that public services be delivered and received with an uncovered face could also negatively affect “certain religious minorities,” the letter says.

The bill could also be in violation of the International Covenant on Civil and Political Rights, which Canada acceded to in 1976, the experts say in the letter.