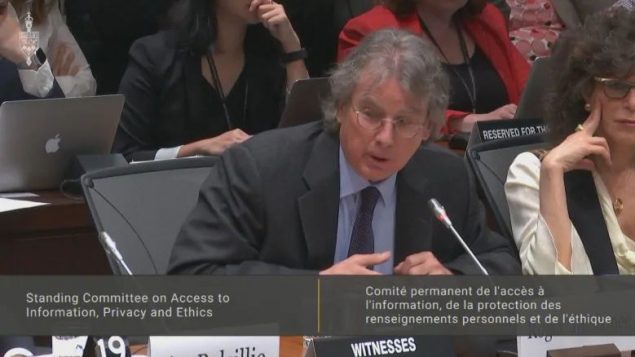 To protect democracy and personal freedoms, liberal democracies have to force a radical transformation of social media giants and may have to go as far as shutting down recalcitrant social media platforms, says former adviser to Facebook.

“If your goals are to protect democracy and personal liberty, you have to be bold,” venture capitalist Roger McNamee told the House of Commons privacy and ethics committee Tuesday morning.

“At the end of the day, though, the most effective path to reform would be to shut down the platforms at least temporarily. …. Any country can go first. The platforms have left you no choice. The time has come to call their bluff.”

This week, Canadian MPs on the committee are being joined by politicians from a handful of countries around the world — including the U.K., Ireland and Germany — as well as representatives from some of the world’s biggest tech companies to try to figure out what should and can be done to protect online privacy and curb the spread of disinformation.

However, noticeably absent from the hearings in Ottawa were Facebook’s chairman and CEO Mark Zuckerberg and chief operating officer Sheryl Sandberg, both of whom were subpoenaed to appear. 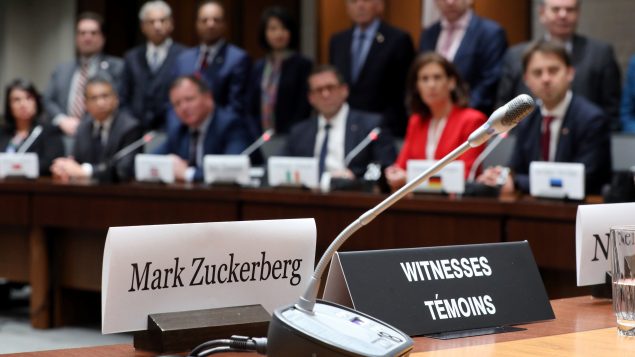 A nameplate is pictured after Facebook CEO Mark Zuckerberg failed to appear at the International Grand Committee on Big Data, Privacy and Democracy meeting as members of the committee take part in a news conference on Parliament Hill in Ottawa, Ontario, Canada, May 28, 2019. (Chris Wattie/REUTERS)

In his testimony, McNamee, who wrote Zucked—Waking up to the Facebook Catastrophe, brought the example of Sri Lanka, where authorities shut down several social media platforms in the wake of last month’s deadly Easter Sunday attacks on churches and hotels to prevent the spread of disinformation and further bloodshed.

“The people at Google and Facebook are not evil,” said McNamee.

“They are the products of an American business culture with few rules, where misbehaviour seldom results in punishment. Smart people take what they can get and tell themselves they earned it. They feel entitled. Consequences are someone else’s problem.”

McNamee, one of the first Facebook investors, said “at a minimum” web giants should be banned from tracking Internet users’ activities on the web, scanning emails and documents, and other forms of online surveillance.

“Data is not the new oil,” Balsillie said. “It’s the new plutonium: amazingly powerful, dangerous when it spreads, difficult to clean up and with serious consequences when improperly used.”