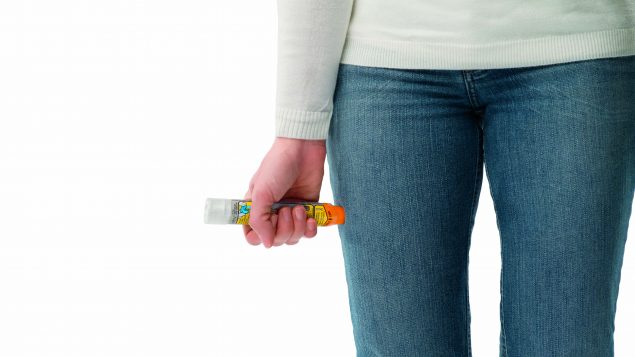 Where an epinephrine injector is used to treat a severe allergic reaction there is five times less chance multiple doses will be needed after arrival at hospital. (Pfizer)

A new study has found the best way to treat life-threatening allergic reactions is to immediately use epinephrine injectors such as the Epipen. This research involved nearly 3,500 people, 80 per cent of whom were between the ages of one and 17.

“Most of the studies suggest that less than 50 per cent of people use their epinephrine autoinjector even if they have it available,” says Dr. Moshe Ben-Shoshan, an allergist and immunologist at the Montreal Children’s Hospital and co-author of the study. “We know from previous studies that most parents are afraid that they will hurt their child and that seems to be the main reason. They are afraid they will not use it correctly.”

The study found that the autoinjector was used on the way to hospital in only 31 per cent of cases. In 46 per cent of cases, antihistamines were used and, in two per cent, steroids were administered. 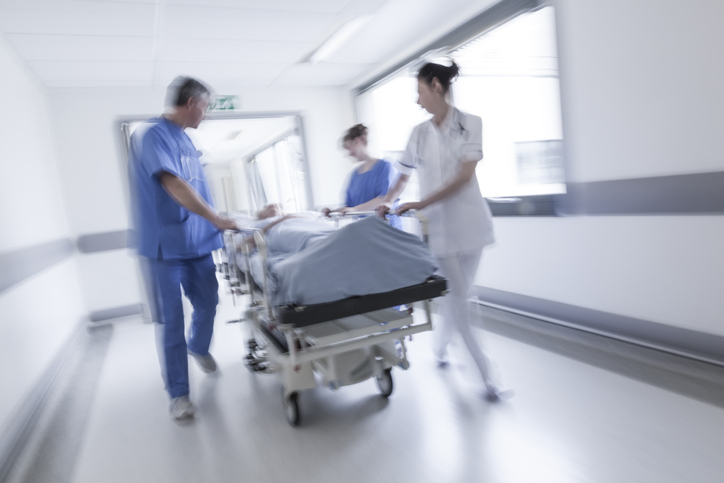 The study found that when only steroids were used it was nearly three times more likely the patient would need to be admitted to intensive care or a hospital ward. (iStock)

Results showed that when the epinephrine autoinjector was used, patients were nearly five times less likely to require multiple doses of epinephrine in the emergency room to control the life-threatening reaction called anaphylaxis. When only steroids were used it was nearly three times more likely the patient would need to be admitted to intensive care or a hospital ward.

“So, we say the first line treatment for anaphylaxis…should be with epinephrine…and then, in conjunction with that, antihistamines like Reactine can be given,” says Ben-Shoshan. “We do not suggest to give steroids as a first-line treatment. We also suggest to go to the hospital because up to five per cent can have a second reaction and should be observed.

“It’s really important to treat appropriately in the first minutes because we know that fatality cases are associated with not giving epinephrine in the first 30 minutes.” The most common food allergy is to peanuts. (iStock)

Given these results, Ben-Shoshan suggests governments in Canada pass laws on the use of epinephrine autoinjectors and that they consider placing them in public places and schools so they are widely available in case of emergency.

Some eight per cent of Canadians have food allergies, most commonly to peanuts (21 per cent), tree nuts (15 per cent), eggs (seven per cent) and milk (seven per cent). Others may be allergic to drugs or venom. All may be at risk for anaphylaxis because after the first reaction, subsequent episodes are unpredictable.

The study was published in The Journal of Allergy and Clinical Immunology.

Dr. Moshe Ben-Shoshan explains why it is critical to use an epinephrine autoinjector in the first minutes of a severe allergic reaction.Listen