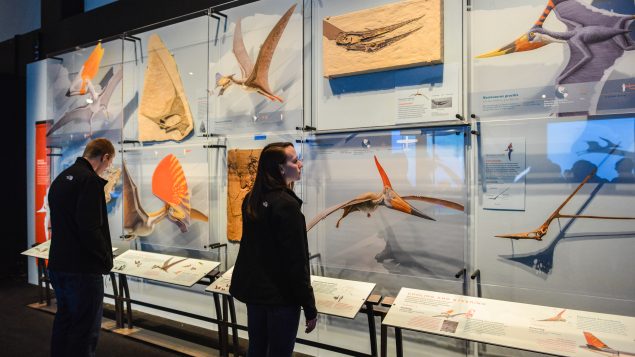 Some of the very many kinds of pterosaurs can be seen at the Canadian Museum of Nature. (©AMNH/D. Finnin)

They were not dinosaurs but reptiles which flew at the time of dinosaurs about 215 to 66 million years ago. Their bones were fragile so their fossils are relatively rare. But what has been found tells a fascinating story about pterosaurs and is now explained in an exhibit at the Canadian Museum of Nature from June 15 to September 2, 2019.

“Pterosaurs were their own thing, their own group of reptiles,” says Jordan Mallon, research scientist in paleobiology at the museum. “They’ve often got these funny-looking head crests, and these big extensive arms that are formed by an outgrowth of the fourth finger. And from that long, long finger, they’ve got these wing membranes…that stretch down to reach the body and form wings. They’re very distinctive looking.” 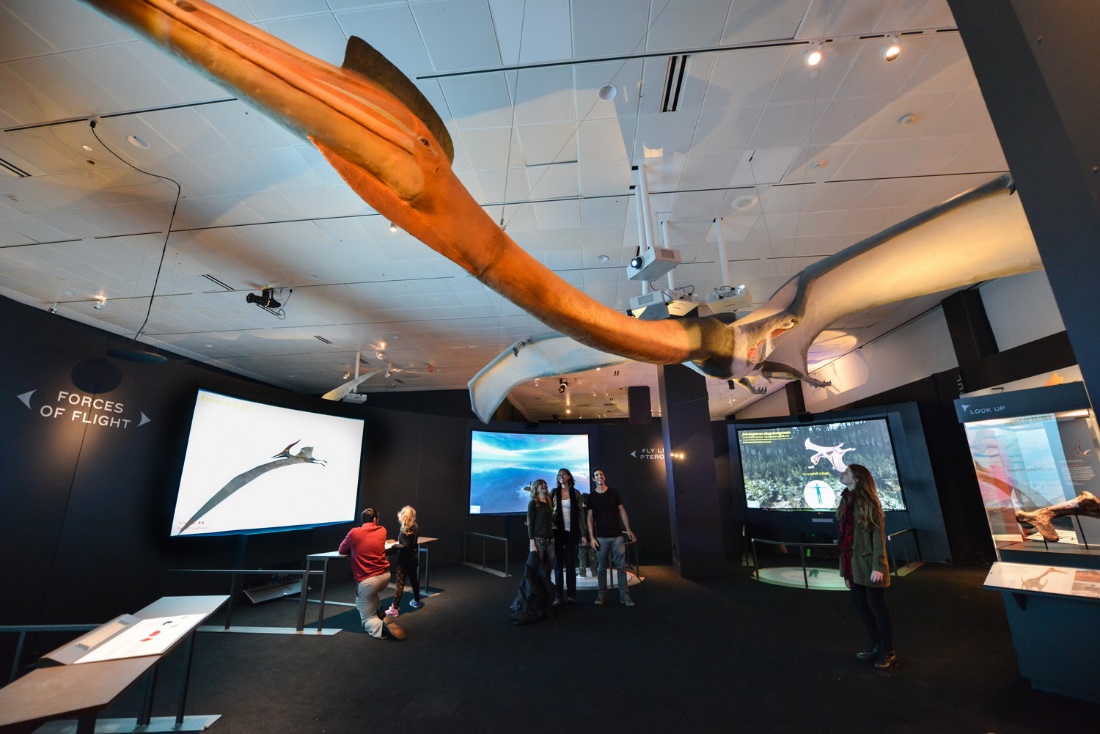 The Quetzalcoatlus northropi is the largest pterosaur known to date with a wingspan of 10 meters. A model of it hangs from the ceiling of the museum. (©AMNH/D. Finnin)

Some were small enough to fit in the size of a palm. Others were as big as fighter jets. They lived in all kinds of ecosystems and ate all kinds of things, perhaps including dinosaurs smaller themselves.

Like snakes and lizards, pterosaurs laid soft, leathery eggs on the ground. It is likely they hatched fully formed and could fly within a short time. Scientists think they could survive on their own right off, without help from parents.

Visitors to the museum will be able to see fossils, life-sized models, interactive games, videos and several displays that will immerse them in the world of pterosaurs.

The Canadian Museum of Nature is located in Canada’s capital city, Ottawa. 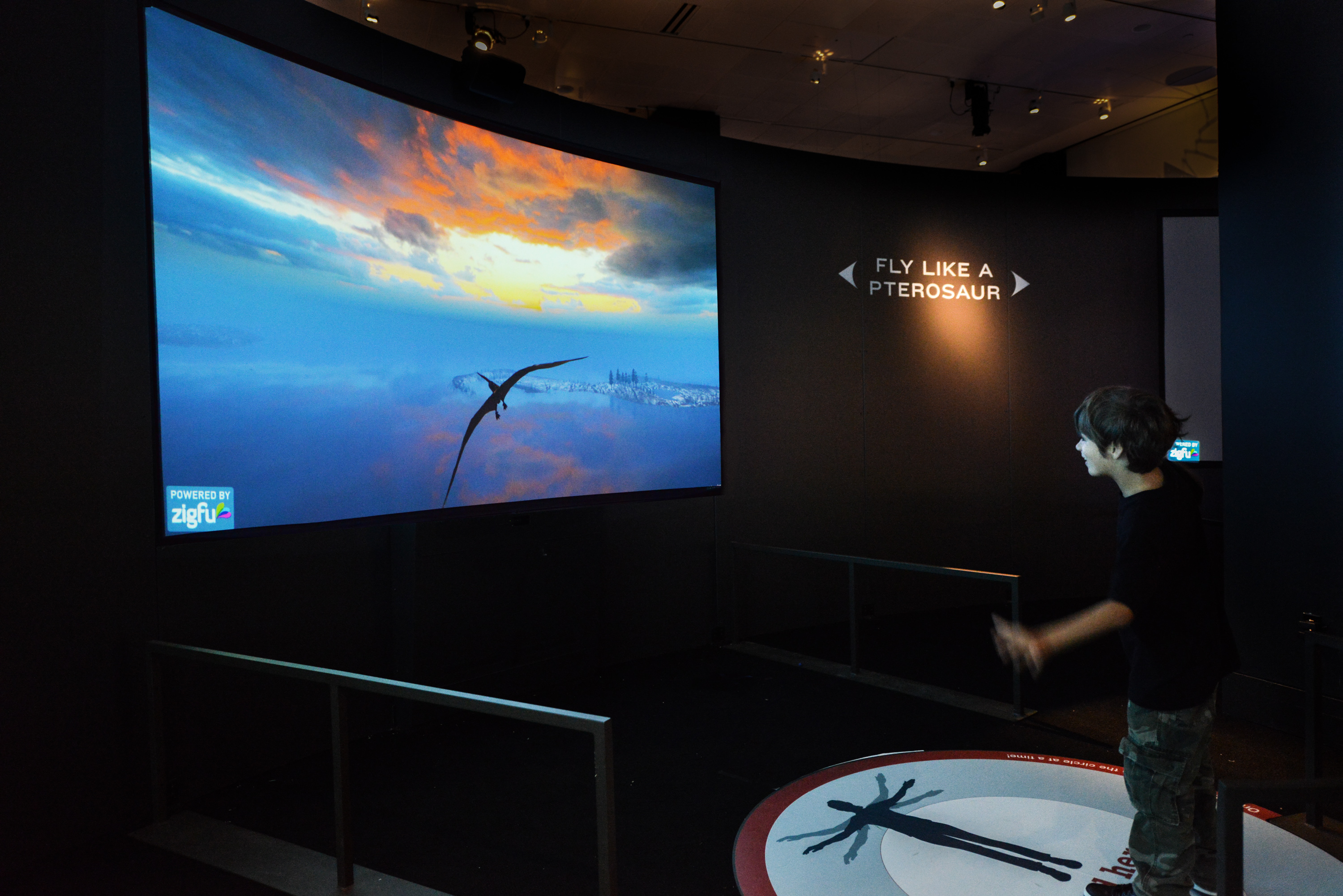 Visitors are invited to ‘pilot’ a pterosaur over a prehistoric landscape in a ‘whole-body’ interactive exhibit. (©AMNH/D. Finnin)

Scientist Jordan Mallon talks about pterosaurs and the display at the Canadian Museum of Nature. 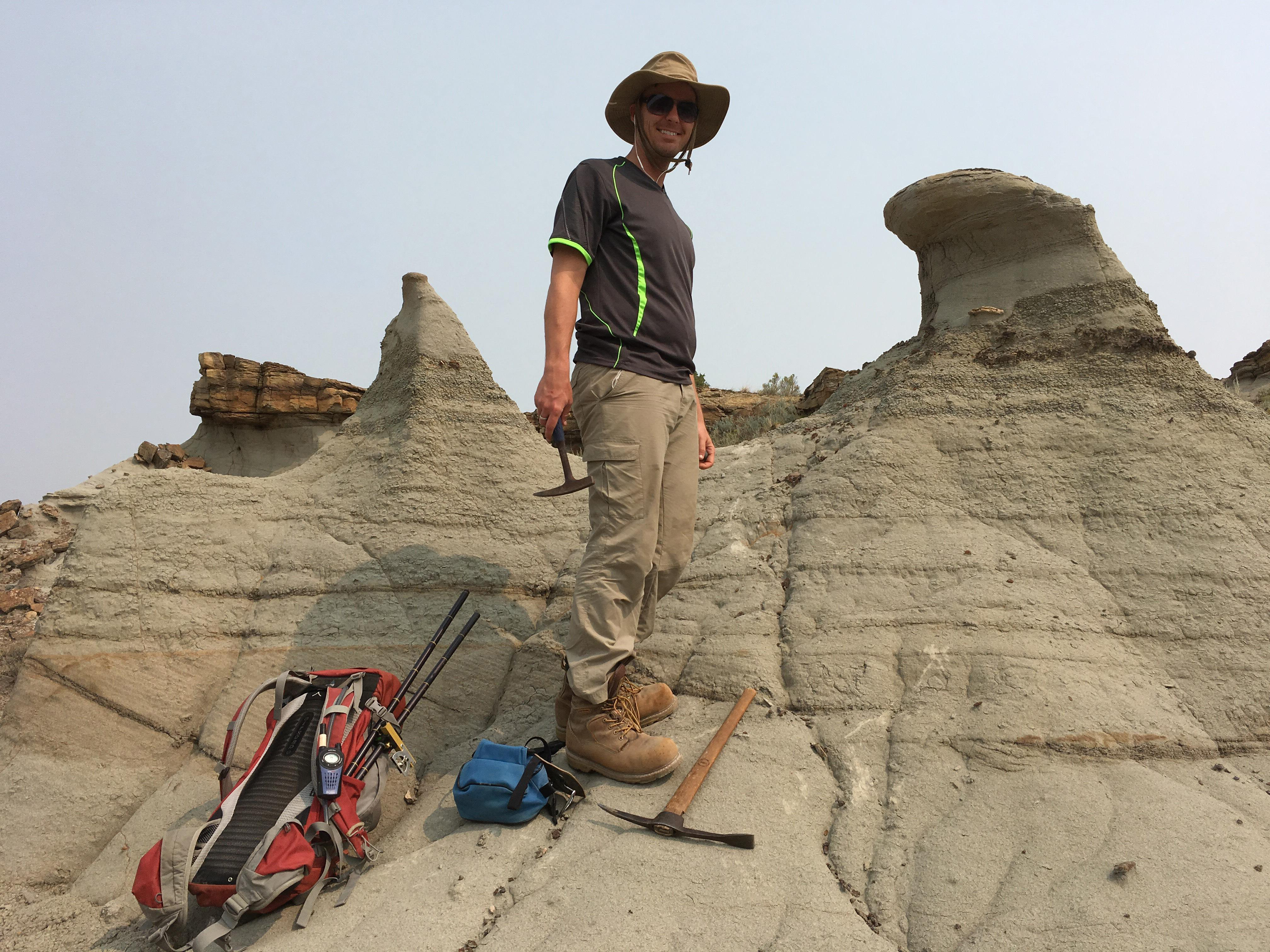