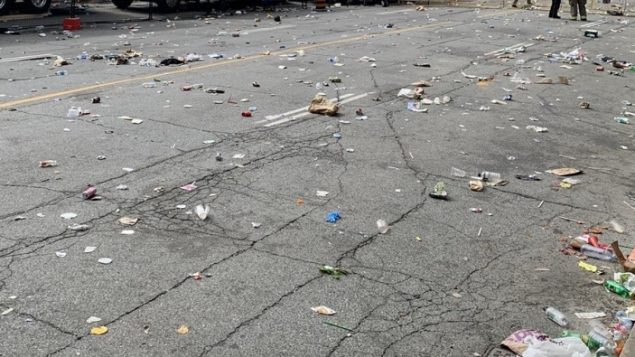 The idea of idea of reduce, re-use, recycle, or even just “don’t litter” all seem lost on the huge crowds that came out to cheer the NBA champion Toronto Raptors.

The surprisingly huge crowd,  possibly around two million people, crammed along the parade route and into downtown Toronto and the area in front of city hall to celebrate with the team as they drove in double deck open busses to city hall and to the stage at Nathan Phillips Square. 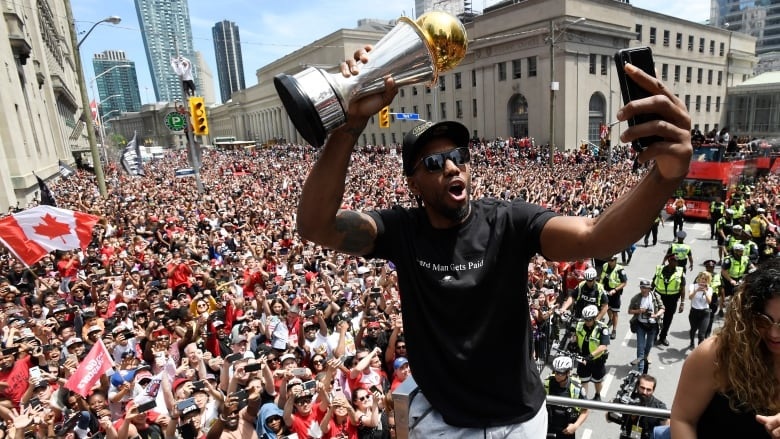 The event lasted hours, but what was left was mountains of garbage of all types.

Paper, coffee and drink cups, food wrappers and boxes, plastic water bottles and more were scattered across many streets in the area

Many on social media expressed both surprise and dismay at lack of civism by raptors fans, some calling it disgusting and disrespectful.