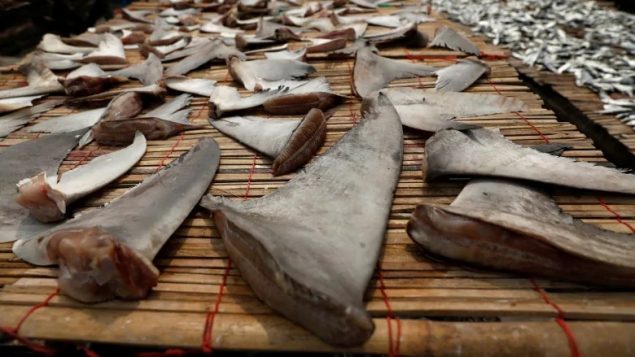 Shark fins are seen during their drying process at Kalibaru district in Jakarta, Indonesia. The federal Liberal government is backing a move to ban shark fin imports. (Beawiharta/Reuters)

On Tuesday evening, the Senate passed Bill C-68, which outlaws the trade in shark fin products and effectively removes Canada, the largest shark fin importer outside Asia, from the trade.

The upper chamber also passed Bill C-84, which outlaws all forms of sexual abuse of animals, and tightens up laws against animal fighting. The two bills will become law once they receive Royal Assent from the Governor General.

“Canada just became a world leader in protecting sharks from the brutality of the shark fin trade, and this is something to celebrate,” said Camille Labchuk, executive director of Animal Justice. “For far too long, Canada has lagged behind the rest of the western world on animal protection, but this is finally beginning to change.”

Labchuk applauded the government, and the MPs and senators from all political parties for their efforts to save millions of sharks “from having their fins sliced off while still alive.” 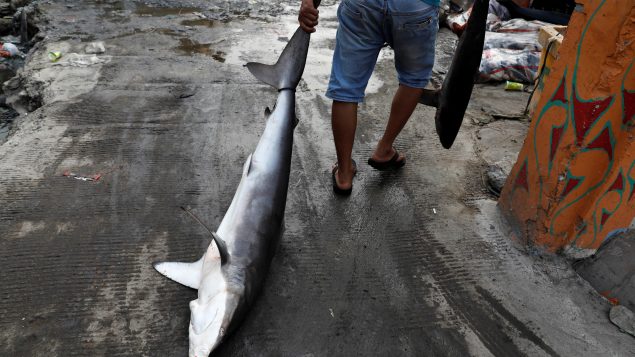 A worker carries sharks to collect their fins at Kalibaru district in Jakarta, Indonesia, July 10, 2018. (Beawiharta/REUTERS)

Critics of shark finning — the practice of cutting off a shark’s dorsal fin and dumping the rest of the animal back into the ocean to die — maintain it’s an inhumane practice that kills tens of millions of sharks each year, just so their fins can be used to prepare soup.

Canada banned finning in territorial waters in 1994 but never banned their import.

It is currently the third largest importer of shark fins outside Asia, trailing only China and Hong Kong,  where shark fin soup is a popular delicacy among the wealthy.

Last year, Canada imported over 148,000 kilograms of shark fins, worth an estimated $3.2 million, according to Statistics Canada. 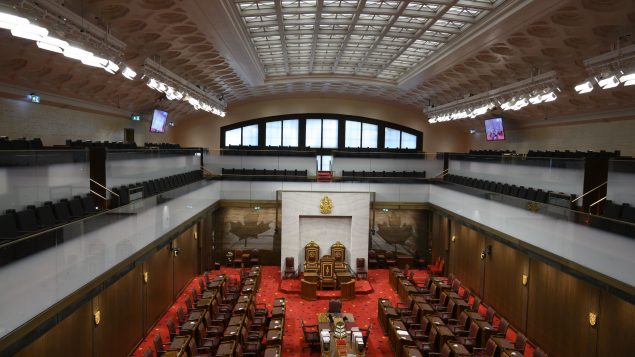 The Senate of Canada building and Senate Chamber are pictured in Ottawa on Monday, Feb. 18, 2019. (Sean Kilpatrick/CANADIAN PRESS)

In 2017, Conservative Nova Scotia Sen. Michael MacDonald tabled a bill banning shark fins, S-238, to do away with these imports. That bill is still before the House of Commons and with less than a week left before Parliament rises for summer, the bill has little chance of passing.

But through its representative in the Senate, Peter Harder, the federal government stepped in to amend an existing piece of legislation related to Canada’s fisheries, Bill C-68. The amendment basically copied-and-pasted the language from MacDonald’s bill into C-68.

The changes in the legislation came following a sustained campaign by animal rights and conservation groups to raise awareness of the issue.

An Oceana Canada petition on Change.org received over 310,000 signatures and was endorsed by MacDonald, who introduced the original language in Bill S-238, and New Democratic Party MP Fin Donnelly who championed the cause in the House of Commons.

“This is a huge victory for sharks and for the many Canadians, advocacy groups and politicians who joined together to champion the ban of this cruel practice,” said in a statement Kim Elmslie, campaign director with Oceana Canada.

“We applaud everyone’s efforts, including Senator Michael MacDonald and MP Fin Donnelly who initiated and championed the private members bill calling for a ban.” 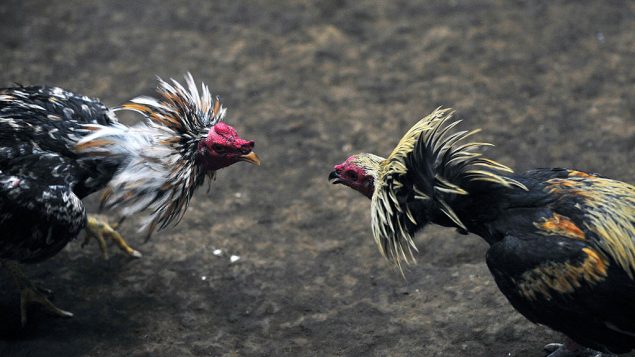 Two roosters begin to fight during a cockfight in Managua, on August 12, 2012. (Hector Retamal/AFP/GettyImages)

Bill C-84 closes loopholes in the Criminal Code that allowed people get away with sexually abusing animals, and forcing animals to fight, she said.

“Now, all animal sexual abuse will be considered bestiality, and Canada’s animal fighting laws are stronger,” Labchuk said. “There is still much more work to be done to improve our animal cruelty laws, but these new measures are progress.”

The passage of these two bills comes on the heels of legislation adopted last week that outlawed keeping whales and dolphins in captivity.

“With the passage of Bills C-68 and C-84 last night, legal progress for animals has entered a new era,” Labchuk said.