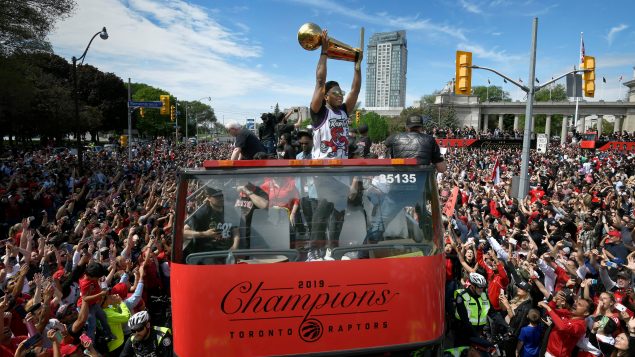 The only Canadian team in the world’s highest basketball league, the Raptors played for a whole country with people watching the games in Toronto, Halifax, Vancouver, Winnipeg, Montreal and Ottawa.

Players were greeted by tens of thousands of fans in downtown Toronto last Monday as they took part in a parade to celebrate their victory.

Continuing a week of celebrations, Toronto City Council unanimously voted to rename part of Bremner Boulevard in honour of the Raptors, so that this historic victory will never be forgotten.

Just before passing the motion, Mayor John Tory delivered his speech in which he explained that they had to ask the Raptors if they agreed with this change, as required by municipal policy. The team was thrilled to hear the news he said.

He also mentioned that the community participation requirements were met when he first announced proposal on stage during Monday’s celebration to the thousands of people who acclaimed it.

Several streets are named after famous sports players in Canada. Famous hockey, basketball, golf and pilot players have lanes named after them across the country.

The signs will be installed on Bremner Boulevard between York Street and Lakeshore Boulevard West in the city’s financial district.

If you search on Google Maps, the change is already applied.