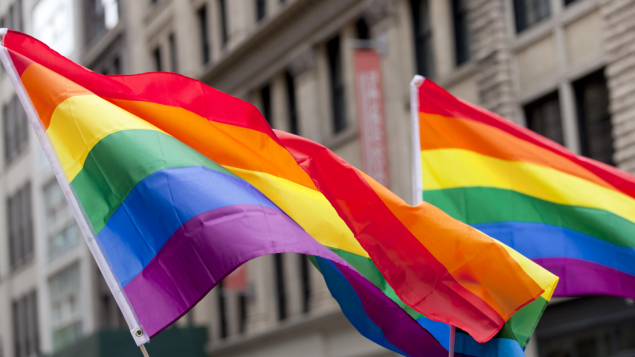 The small neighbourhood in Aldergrove, B.C. has rallied around its LGBTQ residents. (iStock)

A woman in British Columbia is receiving a lot of support from her neighbourhood after her pride flag was mistakenly taken down by a city staff last week.

Lisa Ebenal lives in the suburban streets of Aldergrove, a small town east of Vancouver. To celebrate Pride Month, she displayed a rainbow flag on a sign bearing the name of the neighbourhood situated in her garden.

The next day, the flag disappeared so she decided to put another one on. Again, the second one disappears.

Soon after, Ebenal learned that a resident had complained to the township that the exhibit was on public land. This prompted local authorities to remove the second rainbow flag.

The flag, however, wasn’t on public land but on Ebenal’s property.

In response to the complaint, flags of pride have appeared throughout the neighbourhood. Residents want to make sure that LGBTQ+ people feel welcome.

Days after a woman's pride flag was removed due to a complaint, multiple neighbours have started hanging pride flags of their own.

Some have spoken to local media such as Kyla who said that just because someone doesn’t like the flag doesn’t mean they should try to prevent it from being displayed.

The municipality returned one of the flags and apologized, but we do not know where the other went.

Lisa Ebenal told local media that she still receives support from the LGBTQ+ community. She was even invited as a guest of honour at this summer’s Pride Parade in Vancouver on August 4.

Aldergrove is a small town near Langley, B.C., east of Vancouver.