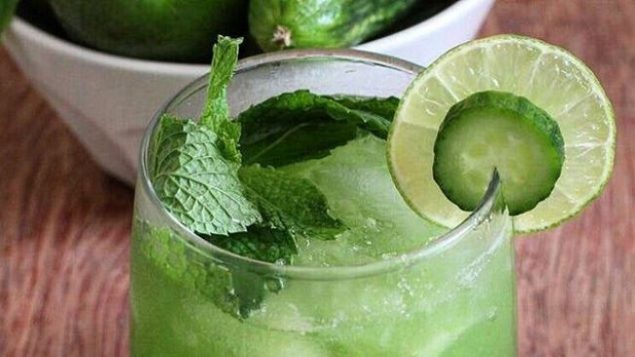 The signature cocktails will be based on the five continents. This is one is composed of Cucumber, Mint, Sugar, Ice, Soda. (Courtesy of ©MindfulBar)

It’s possible to have fun without alcohol. That is the premise of a new space for gatherings and events in Montreal, the MindfulBar, which wants to be a sober, safe and inclusive space for everyone.

The MindfulBar, conceived and founded by Isabel Tames and Diego Bayancela, will specialise in the creation of alcohol-free cocktails with local products and will offer thematic evenings, concerts and events with the approach of “mindfulness”, which means enjoying life with conscience in the present moment, and with the acceptance and recognition of feelings, thoughts and sensations.

We spoke with Isabel Tames who explained that the idea was born from a personal experience of harmful alcohol consumption, but quickly became more social as she realised that the subject concerned many more people.

Isabel Tames how she got the idea of creating MindfulBar (Photo: Courtesy of ©MindfulBar)

Unique cocktails on the menu

As Isabel Tames explains, the concept of the alcohol-free bar is accompanied by a reflection on the products offered to the public. They will offer three kinds of drinks:

The cocktails that will be offered are varied and created specifically within the framework of its local and unique concept.

They themselves conceived the recipes for the flavor syrup preparations with the help of a mixologist, an expert in the art of mixing drinks to make cocktails, which are not juices. Isabel Tames explains the specificity of some of her cocktails :

The concept of a bar, just without alcohol

Without fear of being accused of discrimination, the administrators of Montreal’s MindfulBar say that the concept is simple and clear. They want it to be like a normal bar with dj’s and music but without the alcohol and the things that come with alcohol such as hangovers for example.

They reserve the right of admission in case someone intoxicated wants to enter the establishment and children will not be allowed in the bar, except on Sundays.

Beyond that, Isabel and Diego believe that people will understand that this is the only non-alcoholic bar in the city and that they will respect the idea.

Non-drinkers are slowly starting to get better options at a lot of bars in major Canadian cities. But bars with no alcohol at all are much rarer. There are a few American ones, like Getaway Bar in Brooklyn, N.Y., or The Other Side in Crystal Lake, Ill. In the U.K., there’s Redemption Bar in London and The Brink in Liverpool.

The owners are confident on the fact that this bar will attract people who want to try new things and take care of their health.

Heavy drinking rates are going up in nearly every age group, according to Statistics Canada.

In Canada, average alcohol consumption per person has gradually increased over the past 10 years. In a household, the average annual consumption is 470 glasses of beer, wine, or spirits, or about nine drinks a week for every person aged 15 or older in the country.

According to self-declared data, 20% of the most drinkers in Canada consumed approximately 70% of the alcohol sold annually.

Approximately 20% of women and 30% of men who drink alcohol say they have risky drinking (excessively, accompanied by loss of consciousness or other dangerous behaviors) at least once a month.

Some of the long-term effects of drinking can include memory loss, high blood pressure, and liver damage.

When asked about her what she wants to achieve with this bar, Tames hopes that it is the first of many.

If they want to drink, they will go to one of the hundreds of other bars that exist in Montreal.

You can listen to the full interview with Isabel Tames here

With files from Statistics Canada and Health Canada