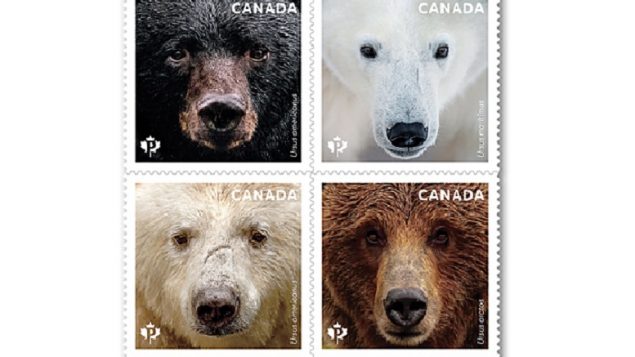 Can you bear it? New Canadian stamps

Bears are big, powerful, and for some, scary, but there’s no denying their captivating wilderness mystique which has fascinated us since humans and bears first made contact.

Canada Post has sought to capture some of that in new series of postage stamps.

These include the huge and fearsome grizzly bear, which to the surprise of some, eats a mostly vegetarian diet. Grizzlies which were once common on the prairies, their range has been pushed mainly to the western and northern regions. 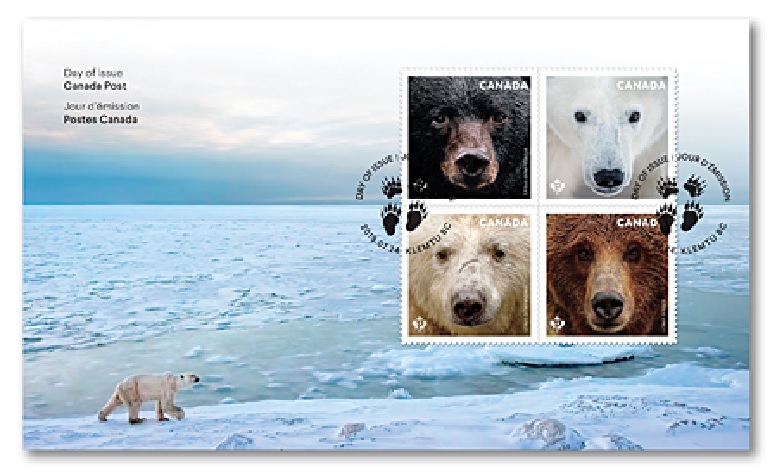 Canada also is home to roughly two/thirds of the world’s polar bear population.  On average ( a male can weigh up to 800 kg) they are even larger than grizzlies. Both species however have been listed as being “of special concern” by Canada’s Committee on the Status of Endangered Wildlife in Canada (COSEWIC).

The most common bear, the black bear, can be found in wilderness regions all across Canada. Although it once roamed Prince Edward Island as well, that is now the only province without the bears. 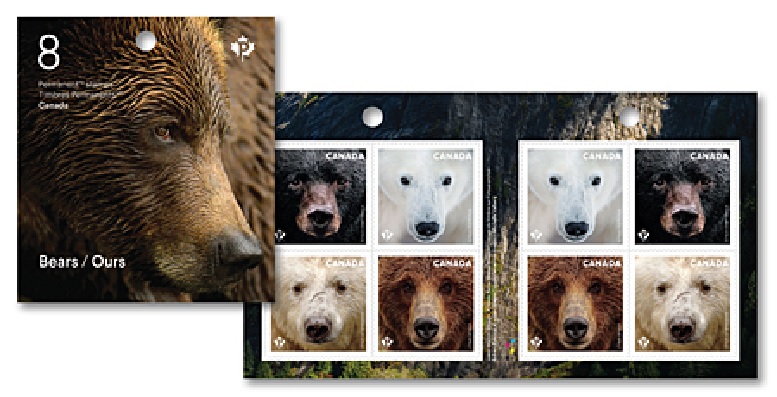 Although called the black bear, it can have a variety of fur colours from deep black, the most common, to brown, cinnamon, and blond.

A genetic variation has also resulted in the “Kermode” bear, on the west coast, a cream coloured coat which holds a special place in the culture of coastal Indigenous people.

Canada Post also recently issued special stamps to commemorate the 50th anniversary of the lunar landing on July 20, 1969.  What many don’t realise is that two Canadian engineers played critical roles in design and development of the lander, spacesuits, life support systems, and intercommunication of critical module and command capsule systems. A Canadian company also made the lander’s landing gear, milled to extremely precise tolerances, which remain on the moon to this day.