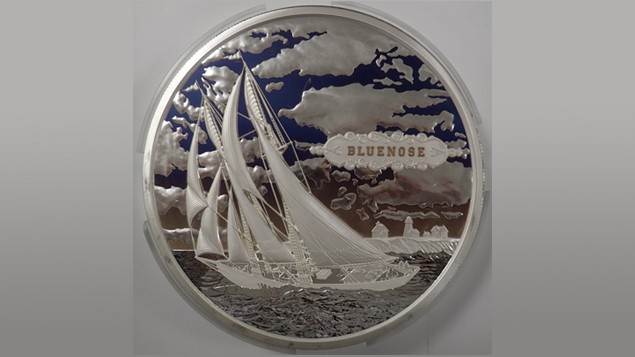 The silver coin bears an image of the iconic Bluenose schooner, but also a vividly blue sky. (Royal Canadian Mint)

It was pretty much accidental that Canadian researchers found a way to add colour to coins without using inks, dyes or pigments. A special picosecond laser was being used in a technique to enhance the engraving on the coins. This kind of laser blasts high-energy, quick pulses of light.

“We decided one day to take our laser and instead of applying it to the die surface (used to stamp coins), what would happen if we put an actual coin into the laser,” said Iain Brooks, a manager at the Royal Canadian Mint. “And lo and behold, something interesting did happen. Some unexpected, interesting vibrant colours were found on the surface of a silver coin.”

The laser had changed the surface of the coin so that it refracted light in such a way as to create certain colours. 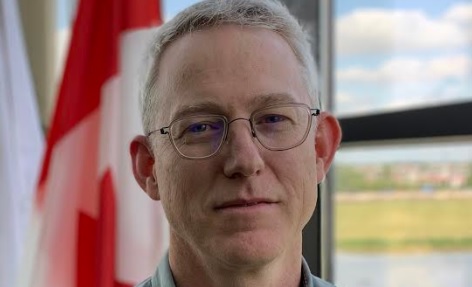 Iain Brooks explains in greater detail the use of a laser to colour coins.

For now the technique will be used on about 10 silver coins weighing five kilograms each. They will be sold as collectors items at a price not yet determined.

The mint has not decided if the technique will be applied to other coins. Nor has it had time to consider the many other possible uses of the method. 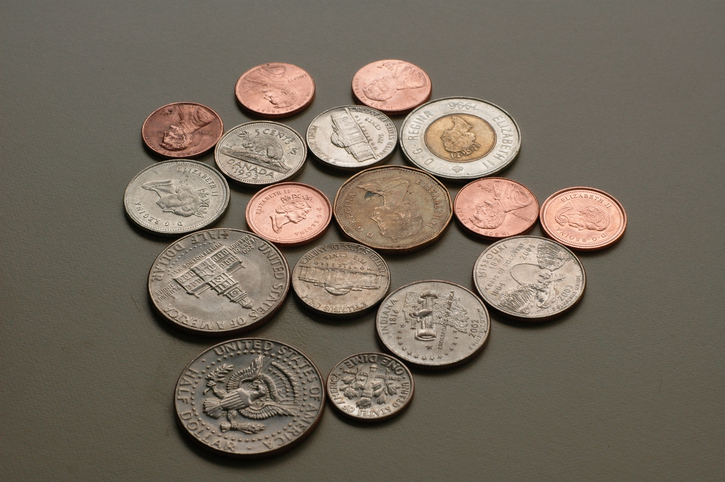