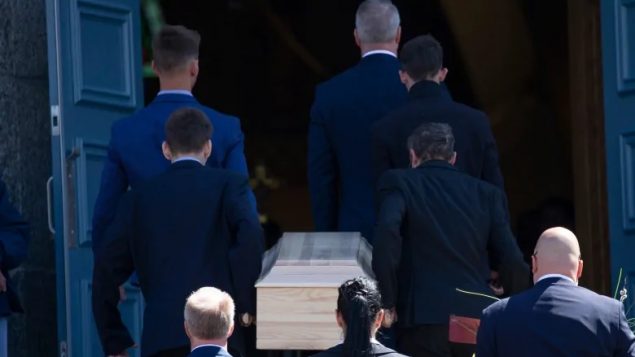 Hundreds paid their respects to a seven-year-old girl who died in April in the Quebec city of Granby. Her father and her stepmother were charged in her death. On Thursday, the province has announced $47 million in increased funding for child protection services. (Ivanoh Demers/Radio-Canada)

Quebec is injecting $47 million in child protection services to boost the number of social workers and reduce waiting times.

The announcement that 400 new social workers will be hired comes a day after the government received action plans from regional bodies that administer Directeur de la protection de la jeunesse offices across the province.

In making the announcement, the minister in charge of youth protection in Quebec, Lionel Carmant, said there are currently 3,000 children waiting for an evaluation.

Carmant said some have been waiting for as long as two months to be examined. 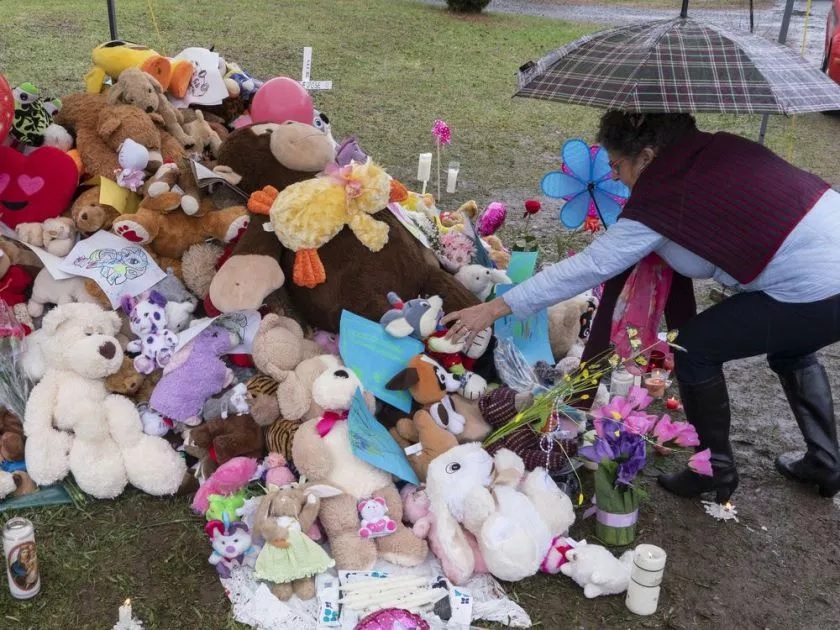 Stuffed animals and flowers were left outside the home where the girl lived in Granby. Her death prompted calls across the province for increased child protection. (Paul Chiasson/Canadian Press)

There have been renewed calls for more DPJ resources since the death of a seven-year-old girl in the the city of Granby made headlines across the province in April.

The girl’s father and her stepmother were charged in her death.

In May, Premier François Legault formally launched a commission on child protection, .

More than 100,000 reports were made to the DPJ last year, an increase of 12 per cent, which has left thousands of children waiting for months for their cases to be dealt with.