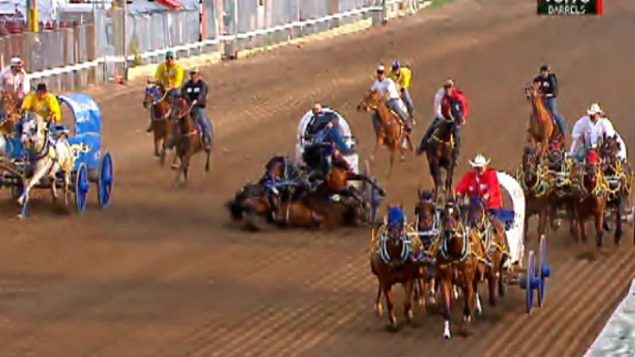 Three chuckwagon horses died in this crash in 2012. A Vancouver Humane Society analysis shows the death of six horses this year brings to 105 the number of animals who have lost their lives in Stampede rodeo events since 1986. (CBC)

Animal rights activists want an investigation into what they are calling “illegal rodeo cruelty” after six horses were killed at this year’s Calgary Stampede after competing in chuckwagon races.

Three of the horses had to be put down Sunday, making this year’s Stampede the deadliest since 2010.

According to an analysis by the Vancouver Humane Society, the six horses killed this year bring the total to 105 animals who have lost their lives in Stampede rodeo events since 1986.

“Alberta law makes it illegal to inflict unreasonable distress on animals, and there are no exemptions for rodeos,” the executive director of Animal Justice, Camille Labchuk, said in a statement. 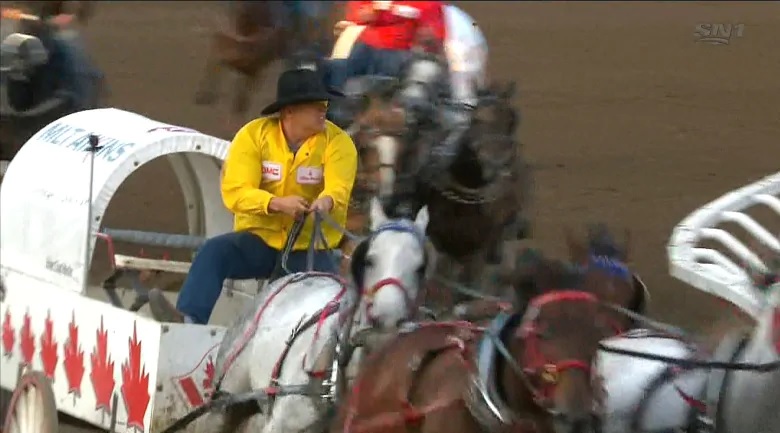 After a horse had to be put down on July 11, chuckwagon driver Chad Harden was fined $10,000 and banned from competing in the Stampede and future ones. He is permitted to apply for reinstatement on Sept. 1. (CBC Sports)

Animal Justice says no rodeo event or participant has faced prosecution in Canada since 1950.

After the three horses were euthanized on Sunday, the Stampede released a statement calling the situation “challenging and upsetting.”

The Stampede, the statement said, is “committed to initiating a thorough review process” around chuckwagon safety.

It offered no specifics. 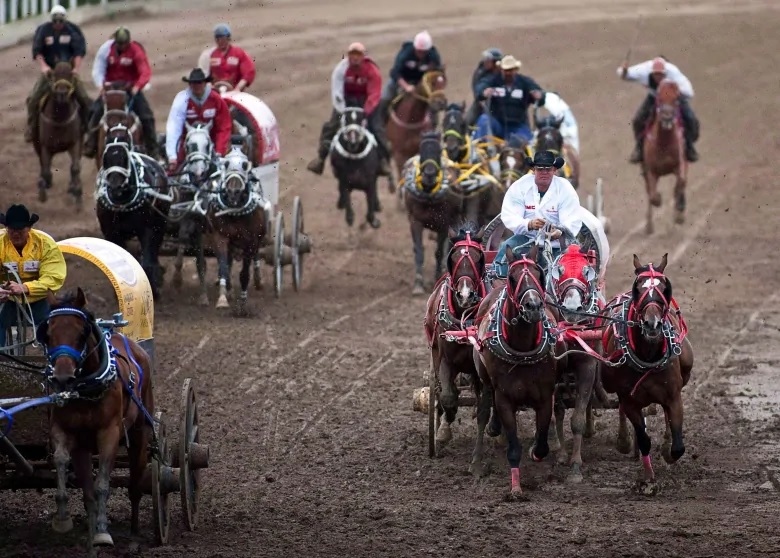 Four of the six horses that died were from the same driver’s team.

The six deaths tied matched the number of horses that died in 2010 for the second-highest total ever.

Chuckwagon horses make up more than two-thirds of the animal deaths at the Stampede.