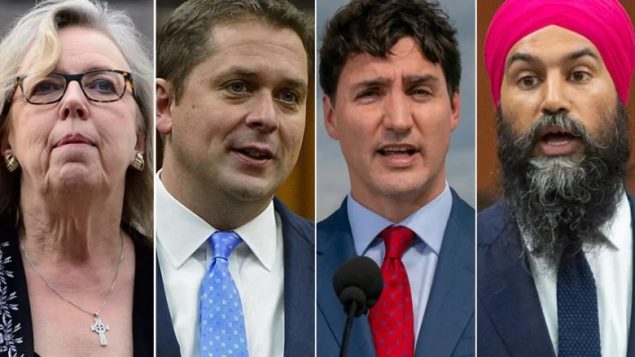 Federal party leaders - including, from left, the Greens' Elizabeth May, Conservative Andrew Scheer, Liberal Justin Trudeau and New Democrat Jagmeet Singh - face an electorate anxious about the cost of living and concerned about the environment. (Canadian Press/Associated Press photos)

Want to get into politics? Always good to know someone

As Canadians prepare to head to the polls this fall in a general election, a new report finds–that if form holds true–less than 20 per cent of the people they will be asked to vote for likely competed for their riding nomination.

Research by the Toronto-based Samara Centre for Democracy shows that just 17 per cent of more than 6,600 federal candidates from 2003 to 2015 faced competitive nomination contests.

Another 2,700 candidates were directly appointed by their parties. 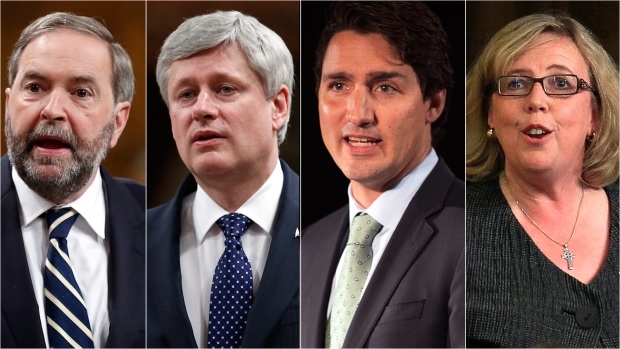 The times, they do change. Gone from the batch of 2015 leaders are the NDP’s Tom Mulcair (left) and the Tories Stephen Harper (second from left). (Canadian Press/Associated Press photos)

The report describes the nomination process as “a weak point in our democratic infrastructure” and makes a series of recommendations.

These include opening and closing dates for nomination contests, reporting how many members cast ballots in each contest and how many votes each contestant received, as well as releasing the total number of people the parties “vet out” –or prevent from running–in each election cycle.

“It’s kind of crazy … some of those competitive races are themselves skewed to favour one candidate. So it’s an even smaller number than that, likely,” Michael Morden, Samara’s research director, told CBC News.

“The fact that so few are real contests suggests fairly shallow democracy in these parties.” 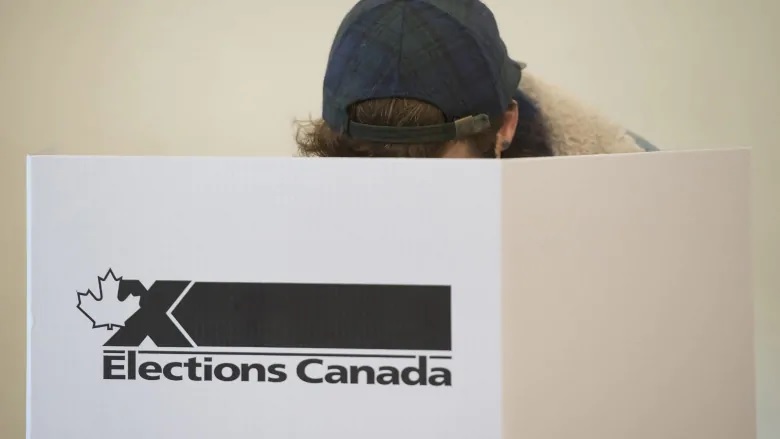 A woman marks her ballot behind a privacy barrier in the riding of Vaudreuil-Soulanges, west of Montreal, on October 19, 2015. (Graham Hughes/Canadian Press)

The report found just over a quarter of nomination contestants were women with the Tories recording the lowest percentage and the NDP recording the most.

The report also suggests that appointed candidates were less likely to come from a visible minority or Indigenous background than those chosen through nominations.

With files from CBC, CP, ipolitics