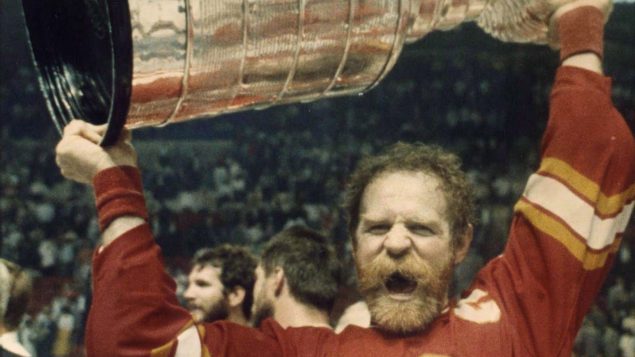 Calgary icon Lanny McDonald raises the Stanley Cup after defeating the Montreal Canadiens in Montreal on May 25, 1989, the only time the NHL Flames have won the Cup. A tentative deal struck Monday makes it appear virtually certain the Flames will remain in the city. (Bill Grimshaw/Canadian Press)

Assorted devils might pop up in the details over the coming week as the people of Calgary decide if they want to support a deal between their city fathers and owners of the National Hockey League Flames that would result in a spanking new arena along with a whole new part of town.

Bear in mind that less than a year ago, city residents voted down a potential bid to bring the 2026 Winter Olympics back to the city that hosted them in 1988 so nothing is certain.

But if approval is forthcoming, the team stays put in Calgary. 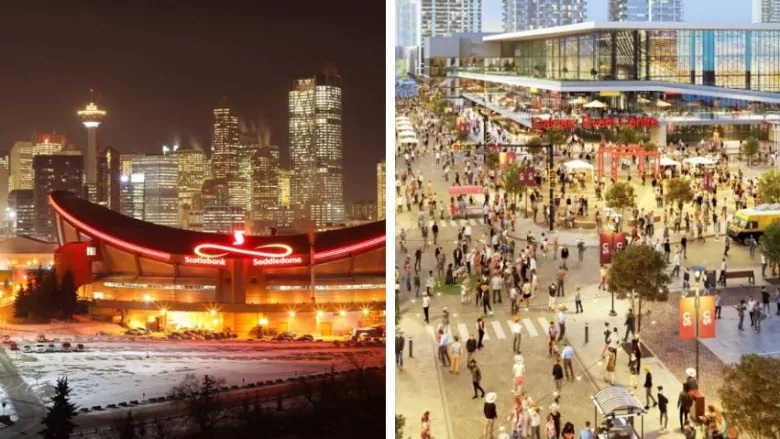 A rendering, right, shows the proposed events centre that would replace the Saddledome, left, in Victoria Park in Calgary. (CBC, City of Calgary)

The proposed deal would have the city and the team split the cost of a new $550-million hockey arena, to replace the Scotiabank Saddledome, which depending on how you count, is now the third oldest arena in the NHL, trailing Madison Square Garden, home of the New York Rangers and the building generally known as Nassau Country Coliseum, sometime home of the New York Islanders.

The deal comes after years of wrangling--sometimes civil, sometimes way less so–and includes provisions for the Flames’ owners to develop the area around the new arena, north of the Saddledome and east of downtown near the Stampede grounds.

Construction on the new 19,000-seat building would begin in 2021 and take three years to complete. 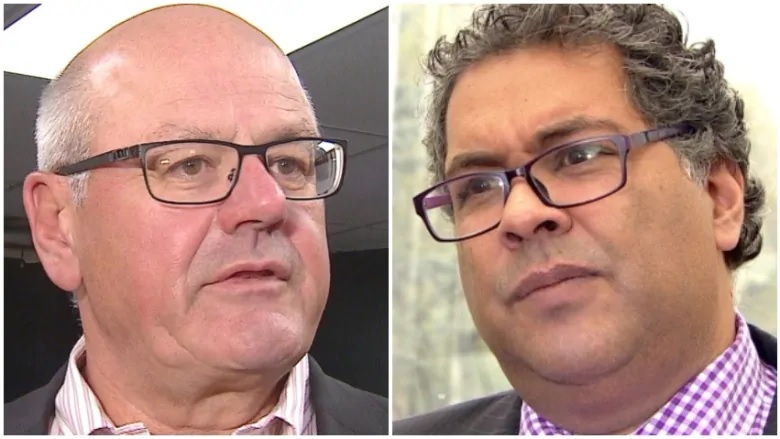 Ken King, head of Calgary Sports and Entertainment Corp., which owns the team, says the design has not been completed.

Council votes on it next Monday.

Bruce Dowbiggin, a long-time resident of Calgary, is a well-known author, journalist and broadcaster and host of the website Not the Public Broadcaster. His most recent book is “Cap in Hand.”

I spoke to him Tuesday.