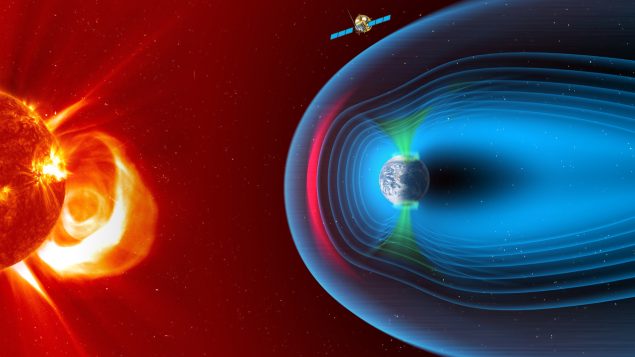 The Solar wind Magnetosphere Ionosphere Link Explorer (SMILE) mission will study the interaction between the solar wind with the Earth’s magnetosphere. (Photo: ESA)

The Canadian Space Agency (CSA) will work for the first time with the Chinese Academy of Sciences (CAS) on a new space science project: the Solar wind-Magnetosphere-Ionosphere Link Explorer (SMILE) mission.

Both countries will work with the European Space Agency (ESA) to study the interaction between the solar wind and the Earth’s magnetosphere.

The project was finally approved this week, after four years of preparation, including a first study in 2015.

At first, the Canadian agency was not expected to participate in the mission. It was its American neighbour, NASA, that was considering it.

However, since U.S. legislators passed a law prohibiting bilateral cooperation between NASA and China, the collaboration could not take place.

That is when Canada took its chance and decided to take a significant part in the mission. 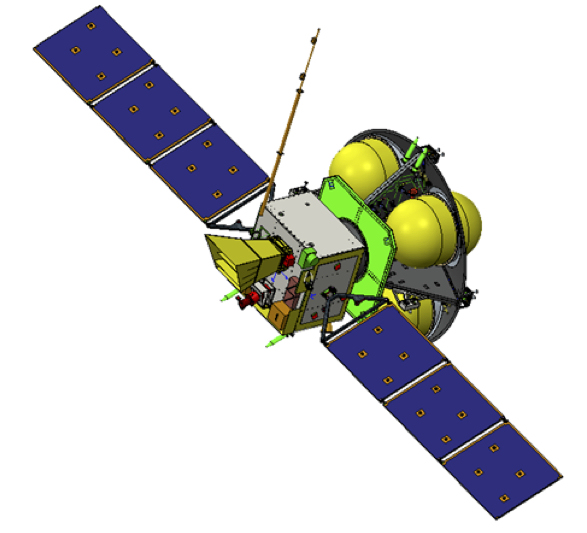 The SMILE mission is to send a satellite into space to understand space weather phenomena and their impacts on our planet. The spacecraft will orbit 125,000 kilometres above the Earth.

According to the CSA “space weather can affect the performance of critical technologies and services both in space and on Earth, resulting in substantial economic impacts. Severe space weather events can disrupt radio communications and satellite navigation signals, damage electrical infrastructure and satellites, and even endanger trans-polar air travel. It is therefore important to try to understand space weather in order to limit its negative effects. Canada is the country with the largest landmass under the aurora borealis, or northern lights, the most visible manifestation of space weather.”

To record those magnetic storms, the spacecraft will be equipped with four instruments: two contributed by China, and one each from Europe and Canada.

The instruments will all have a different role to play: 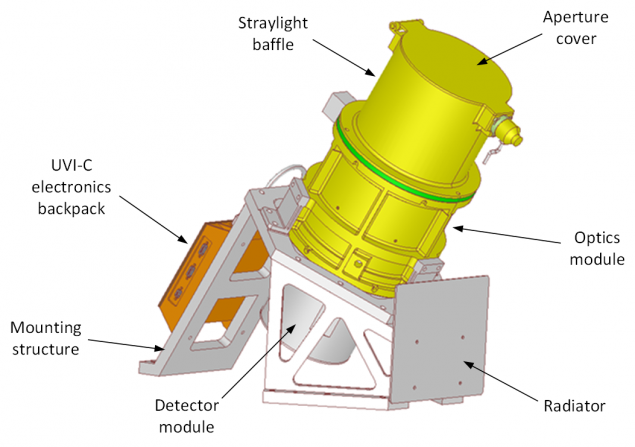 When in orbit, SMILE will join other spacecrafts already collecting data on the heliosphere, the region of space, encompassing the solar system, in which the solar wind has a significant influence.

It will allow scientists to record magnetic storms longer and gain new knowledge about the Northern Lights and space weather.

Today, thanks to our ground resources and the equipment of various satellites, researchers have been able to capture up to 10 consecutive hours of space weather. With SMILE, we will be able to image complete magnetic storms for the first time .

The UVI instrument was proprosed by researchers from the University of Calgary and it was selected by ESA and CAS from a pool of 13 scientific proposals.

“The Canadian-led science instrument, the Ultra-Violet Imager (UVI), is funded through an innovative business model that brings together funding from the CSA, the Canada Foundation for Innovation, and Alberta’s Ministry of Economic Development, Trade and Tourism,” wrote the CSA in a news release.

“The CSA has awarded two contracts: one worth almost $11 million to Honeywell to design the UVI, and the second worth $1.5 million to the University of Calgary to design the UVI Science Operations and Data Centre.”The role of UVI will essentially be to observe auroras in the Northern Hemisphere at any time, for about 40 hours.

“The entire project is to look at how solar wind drives space weather,” says Dr. Eric Donovan, PhD, the principal investigator of the ultraviolet imager, professor in the Department of Physics and Astronomy in the Faculty of Science, and director of UCalgary’s Auroral Imaging Group.

The mission is expected to be launched in 2023, and will last between three to five years.

With files from CSA, ESA and University of Calgary