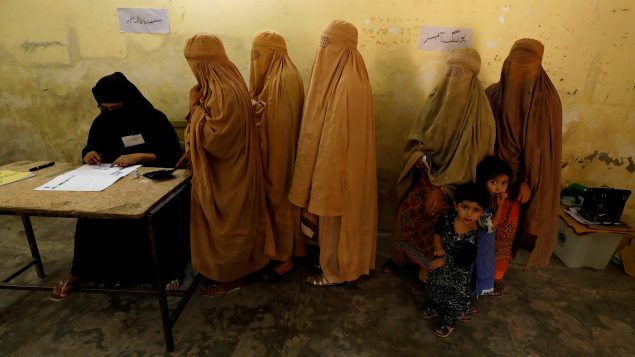 Women, clad in burqas, stand in line to cast their ballot at a polling station during general election in Peshawar, Pakistan July 25, 2018. (Fayaz Aziz/REUTERS)

Canada is providing $21 million over four years to help increase the participation of Pakistani women in elections both as voters and candidates, International Development Minister Maryam Monsef announced Wednesday.

While women made up 44 per cent of Pakistan’s 106 million voters in 2018, far fewer actually cast a ballot and even fewer ran for office.

Between 2013 and 2018, the gender gap between male and female registered voters rose from 11 million to 12.5 million, and women’s overall representation in parliament was 19.7 per cent, according to the Election Commission of Pakistan. 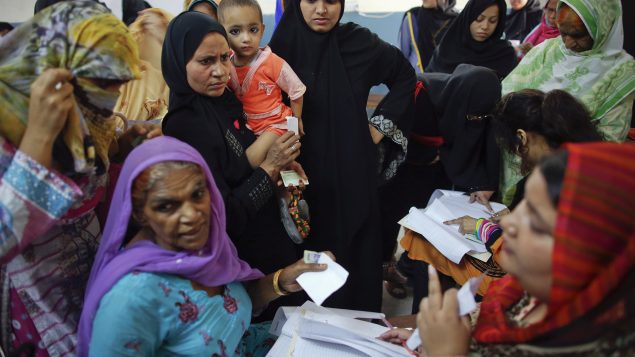 Women wait to vote at a polling station in the old part of Lahore May 11, 2013. (Damir Sagolj/REUTERS)

The Canadian funding will be allocated to five projects. Their goal is strengthen the capacity of up to 400 local organizations to train and support up to 1.5 million women and men to uphold women’s political participation and increase the number of women registered as voters by up to one million, Monsef said.