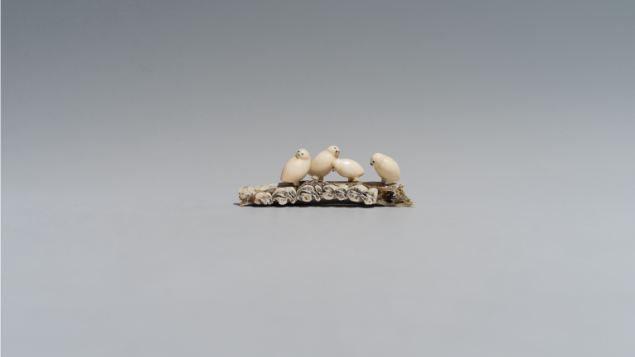 Birds by Sabina Qunqnirq Anaittuq (1941-c. – 1997) from the community of Kugaaruk in Canada’s eastern Arctic. The ivory and bone carving is believed to have been done around 1969. (Winnipeg Art Gallery)

Large carvings are amongst the most iconic works produced by Inuit artists, but a new Canadian exhibition is casting a spotlight on lesser-known, miniature carvings and how they too can be appreciated as an art form.

The exhibition features 100 miniature carvings, mostly created between 1950 and 1970, from 19 communities across Canada’s eastern Arctic territory of Nunavut. 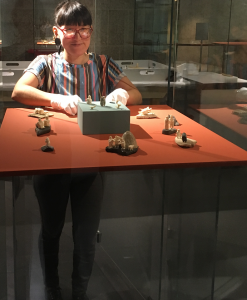 “While looking through this collection, I noticed the large amount of both miniature and small carvings, and knew that these would be great to showcase in contrast to some of the larger carvings on display in the other galleries,” said Jocelyn Piirainen, assistant curator of Inuit art at the Winnipeg Art Gallery, in a news release.

“Many of these miniatures also reflect the everyday busyness of Inuit including that of men hunting seals, fish or whales – or of women scraping sealskins or tending to the qulliq (oil lamp). These scenes then create small worlds where stone and bone become the landscape, and the stories and livelihood of Inuit are told by these miniature carvings.”

‘Size of the carvings magnifies their power’

The works came from the Government of Nunavut Fine Arts Collection and are on long-term loan to the Winnipeg Art Gallery.

“Piirainen’s first WAG exhibition highlights pieces from the Government of Nunavut’s collection in intriguing dioramas for all to enjoy,” said Stephen Borys, the Winnipeg Art Gallery’s director and CEO.  “Art is a voice and in Small Worlds, the size of the carvings magnifies their power.”