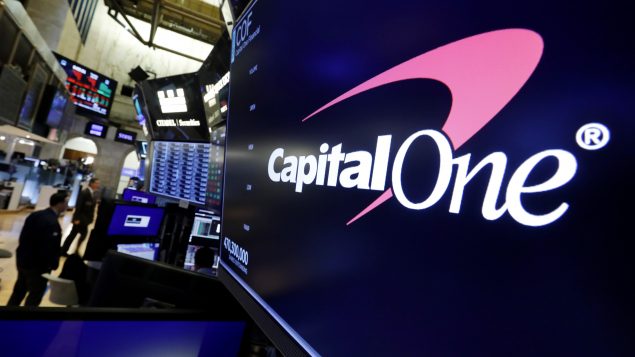 The logo for Capitol One Financial appears above a trading post on the floor of the New York Stock Exchange today. A security breach at Capital One Financial, one of the North America's largest issuers of credit cards, compromised the personal information of about 106 million people, including an estimated six million Canadians (Richard Drew/AP Photo)

Some six million Canadians affected by Capital One data breach

It appears that six million Canadians are victims of the massive Capital One breach that has affected an estimated 106 million people.

Page A. Thompson, who is also known as “erratic,” was charged Monday with a single count of computer fraud and abuse in Seattle after a hacker obtained the names, addresses, phone numbers and credit scores, of people making Capital One credit applications.

For Canadians, the hack compromised about one million social insurance numbers (SIN). 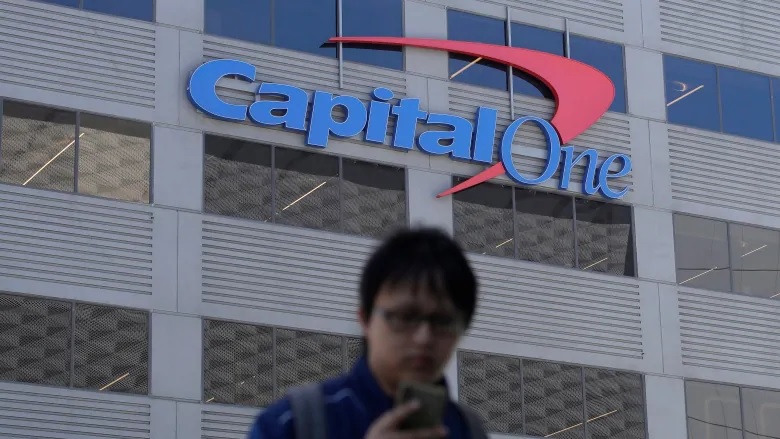 The breach of Capital One Financial Corp. is the second time this summer that Canadians have been affected by a giant hack. (Jeff Chiu/The Associated Press)

The breach is the second to affect Canadians this summer.

In June, Desjardins Group saw the leak of names, addresses, birthdates, social-insurance numbers and other private information from about 2.7 million people and 173,000 businesses.

Capital One, which is based in Virginia, said Monday the information exposed in the hack was largely linked to consumers and small businesses that applied for Capital One credit card products between 2005 and early 2019.

The company says credit card numbers were not affected and no login information was compromised.