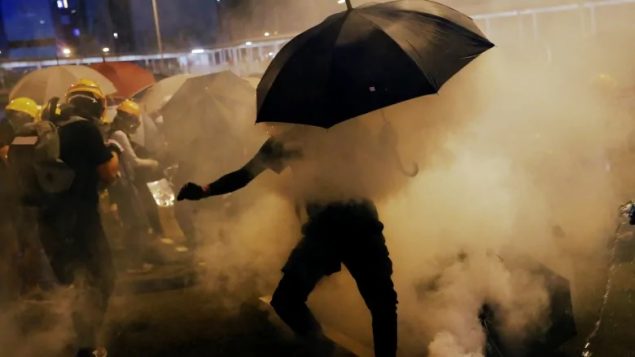 As things continue to escalate in Hong Kong, Canada has issued another travel warning. (Tyrone Siu/Reuters)

The federal government has issued another travel warning for Canadians travelling to Hong Kong.

The new advisory went up on the government’s website this morning, telling Canadians to “exercise a high degree of caution in Hong Kong due to ongoing large-scale demonstrations”in the semi-autonomous territory.

The warning comes as satellite photos show what appear to be paramilitary vehicles parking in a sports complex in Shenzhen, across the border from Hong Kong. 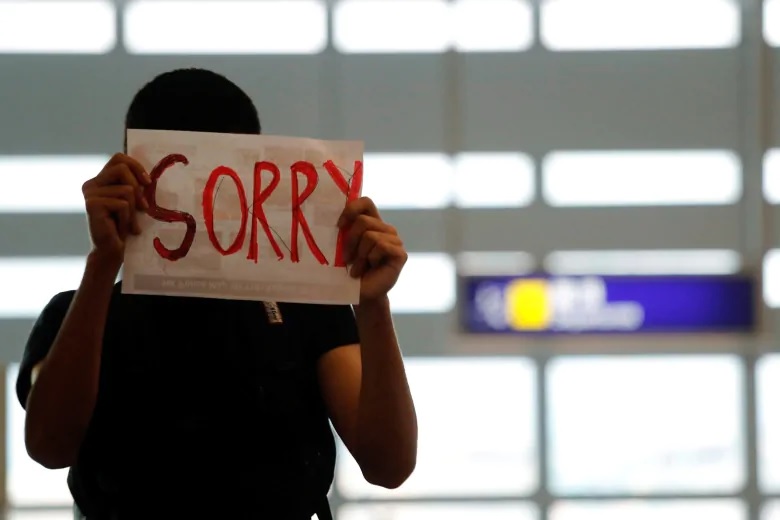 An anti-extradition-bill protester offers an apology to passengers blocked from entering the security gates during the airport demonstrations this week. (Tyrone Siu/Reuters)

Speaking to reporters in Toronto this morning, Foreign Affairs Minister Chrystia Freeland urged Canadians to heed the government’s advice, calling it a “turbulent moment in the world.”

About 300,000 Canadians live in Hong Kong, where the protests, which began in the spring, escalated in June.

This week pro-democracy protestors shut down the city’s airport and clashed violently with police.

With files from CBC, CP, AP,